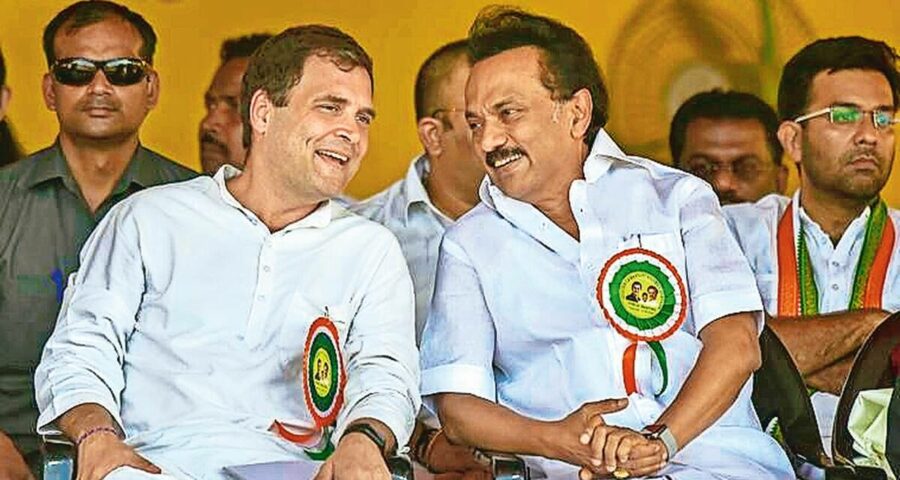 The deadlock in the seat-sharing negotiations between the DMK and Congress for the Tamil Nadu Assembly polls appeared to be clearing and there were signs of progress on Thursday, said sources in both parties.

According to the sources, both sides appear to be softening their stand. Earlier, the Congress had been demanding 34 seats and DMK was not willing to offer more than 18, but the former is now asking for 30 and the DMK is ready to offer 20, said the sources.

“We assume that a critical point has been crossed and hope that there will be an agreement soon with at least 24 seats for the Congress,” said a Congress leader.

Meanwhile, a Congress office-bearers’ meeting called by state Congress chief K S Alagiri Friday witnessed emotional scenes. According to sources, Alagriri’s eyes welled up as he narrated the alleged ill-treatment meted out to the party delegation led by former Kerala CM Oommen Chandy during the first round of talks last week.

Alagiri said what hurt more was not the number of seats DMK offered but the way they were treated, said sources. He concluded by saying that party members should decide on the next course of action and that he would agree to whatever they decide, sources added.

A Congress leader said, “There was nobody to receive the Congress delegation when they reached Arivalayam (DMK headquarters). Until DMK MP Kanimozhi reached there, it was an unbelievably arrogant and indifferent approach we faced.”

So far, the DMK has allotted six seats to VCK led by Thol Thirumavalavan, six to the CPI, three to the Indian Union Muslim League and two to Manithaneya Makkal Katchi. Thirumavalavan has said they did not get the “deserving” number of seats and that VCK agreed to the arrangement considering the political situation in the country and the “need to strengthen the secular alliance”.

AICC-in charge of Tamil Nadu, Dinesh Gundu Rao, said the seat-sharing arrangement is yet to be finalised. Asked about Alagiri’s emotional speech at the Congress meeting, he said, “When senior leaders come for alliance talks, usually there is a welcome approach, a friendly approach. But it happens. I don’t want to talk much about that. Our talks are in progress.”