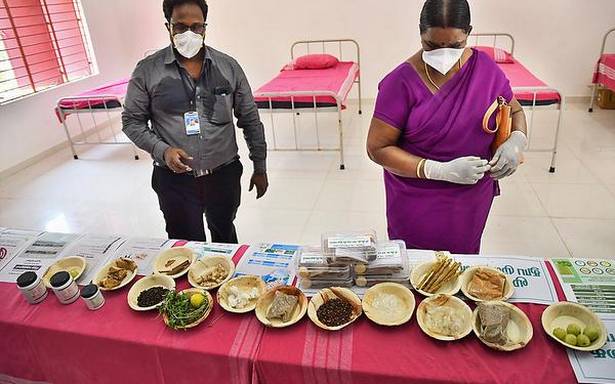 According to officials, the centre has been set up in a government college with about 100 beds. The centre would offer siddha- based treatment for COVID-19 patients with mild symptoms or asymptomatic cases. Officials said that however, compared to first wave, patients in second wave show different initial symptoms.

He said that patients admitted to the centre would now be provided with an entry kit of siddha medicines diagnosing the symptoms the patient has. Dr. Selvamoorthi said that besides that, patients would be provided with yoga and mental health sessions.

Three doctors, three nurses, a pharmacist and necessary assistants would be present at the centre for providing treatment to the patients. Doctors said that swab samples would be collected on discharge of patients.