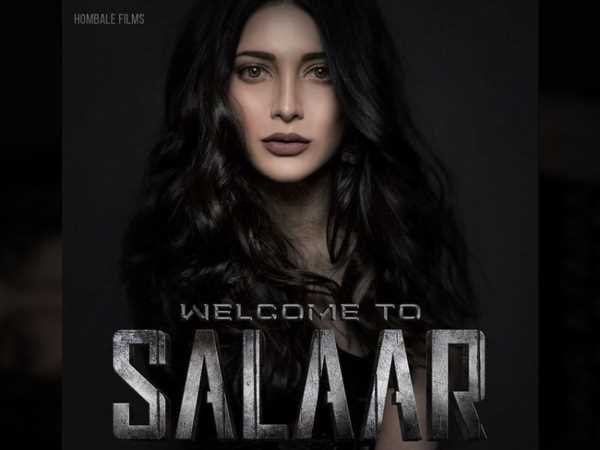 Prashanth Neel’ directorial venture Salaar starring Young Rebel Star Prabhas and Shruti Haasan has resumed shooting in Godavarikhani, Ramagundam. Several photographs and videos taken by surprised fans in the Telangana district make their way online, that see Baahubali star  Prabhas near his vanity van.  On the otherside, Shruti Haasan also took to social media to confirm that she has in-fact resumed shoot for  Salaar. Recently during the media interaction, Shruti Haasan talked about Prabhas and her role in upcoming much hyped movie Salaar.

Krack girl Shruti Haasan said, “ I can’t say much about my role in Prabhas starrer Salaar, but it’s unique in comparison to what I have done before. I am very excited to play the character the director Prashanth Neel has etched out.”

Shruti Haasan also showered praises on Prabhas and said that he is warm and dedicated person and it’s a lot of good energy.  Gabbar Singh actress is very happy as she got the opportunity to share the screen space with Prabhas in this actioner.

On the otherside, Prabhas has shot for Radha Krishna Kumar’ magnum opus Radhe Shyam, a period drama that has Pooja Hegde as a leading lady. He has also given his nod to Nag Ashwin’ directorial venture which  has Deepika Padukone and Amitabh Bachchan.