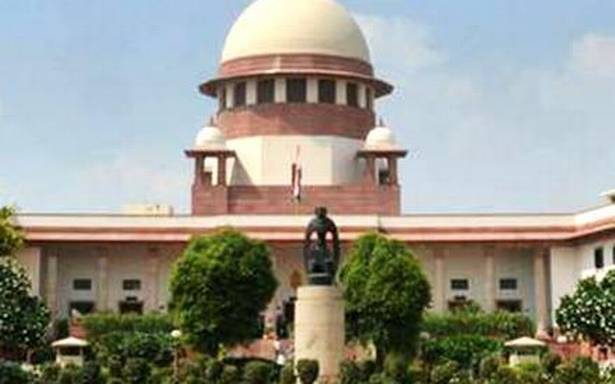 The Supreme Court on Monday asked the Gujarat government if more innocent people should lose their lives to blazes in poorly-equipped private hospitals and nursing homes after learning that the State has given a long rope to violators of building and fire safety norms despite an apex court direction for immediate compliance in December 2020.

A notification issued by the Gujarat Urban Development and Urban Housing Department on July 8 has effectively allowed errant building owners time till March, or even June, 2022 to obtain a Building Use permission.

The July notification has come in spite of the Supreme Court direction that COVID-19 hospitals who have not obtained NOC from the Fire Department should be asked to “immediately apply for NOC and after carrying necessary inspection, decision shall be taken”.

“In event, a COVID hospital is found not having NOC or not having obtained renewal, appropriate action be taken by the State,” the court had ordered in December. The direction came in the background of the tragic deaths of five patients in a hospital fire in Rajkot. The court had said the Rajkot incident was one of several such fires. In December, the Bench had pointed out that 16 notices were sent to a hospital in Rajkot itself but no steps were taken. The court had then noted that 61 of the 260 private hospitals in the State did not possess the NOCs.

On Monday, the apex court asked what the State intended by circumventing the apex court order through an executive order “for them [private nursing homes] to have more beds for more people to burn”.

“This is a human tragedy… Hospitals have become a large industry at the cost of human suffering. It would be better for the State to create COVID facilities and better hospitals rather than have these small nursing homes with just four beds in a building,” Justice Chandrachud observed.

The Bench noted that small nursing homes and even private hospitals function in buildings not meant to house such facilities.

“We intend to ask them [State] for a justification how the notification was issued in breach of the Supreme Court’s directions… Once we have given a direction that hospitals should comply with building by-laws, how can you [State of Gujarat] step around a judicial order through an executive order and give hospitals time till 2022?” Justice Chandrachud asked.

The July 8 notification incidentally cites the burden of the pandemic work and a reluctance to disturb the livelihood of people as reasons for extending the time to comply with fire safety and building laws.