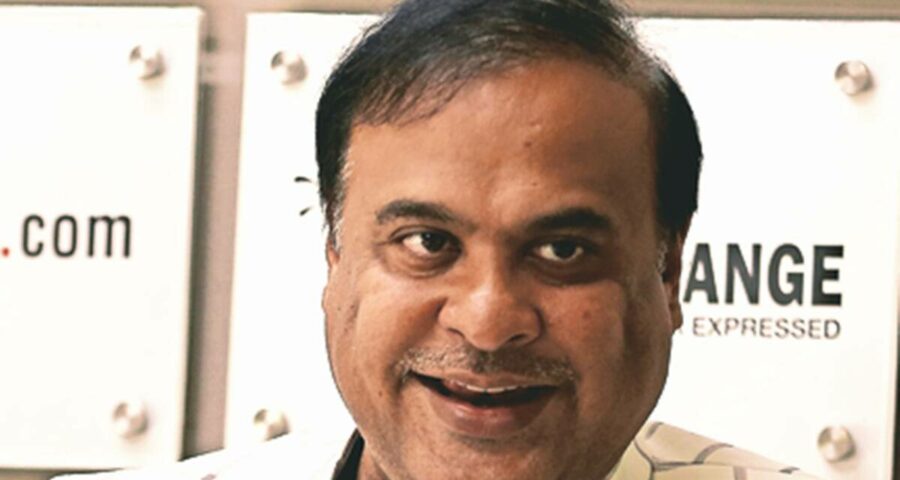 “If someone snatches police’s arms (weapon) and tries to flee, and on top of that he is a rapist, police cannot shoot him in the chest, but shooting at the leg is law,” Biswa said. RESPONDING to questions about the spurt in incidents of firing at alleged criminals since he took over, Assam Chief Minister Himanta Biswa Sarma Monday said he was asked if this was a pattern and he believed that yes, “this should be a pattern” if someone was “trying to flee”.

“If someone snatches police arms and tries to flee, and on top of that he is a rapist, police cannot shoot him in the chest, but shooting at the leg is the law,” he said, addressing a conference, ‘Redefining Policing Standards in Assam’, attended by Officers-in-Charge of all police stations of the state.

Sarma, who holds the Home portfolio, also said that he wanted police to be especially strict with those involved in cattle-smuggling. “Those who smuggle cows should be caught at all costs… I don’t even want it to go to the chargesheet stage because our cows need to be protected,” he said, adding, “A cow is like a god to us.”

Since Sarma took charge in May, at least eight alleged criminals — held for cattle-smuggling, rape, murder and drug-peddling — have received gunshot wounds while in custody, with police claiming they had tried to flee. This has coincided with the Sarma government announcing a massive drive against drug-trafficking and cattle-smuggling, among other organised crimes.

“Today, if two kidnappers are nabbed and they retaliate, the policeman has no choice but to fire, otherwise the policeman himself will die,” the CM said Monday.

“When someone asked me whether shooting incidents are becoming a pattern in the state, I replied that (shooting) should be the pattern if it involves a criminal trying to escape police custody… But before doing what law has permitted us to do, we must keep our conscience clear that our work is for the good of the people and not to serve any interest of our own,” the CM said.

Under the normal procedure, an accused will be chargesheeted and convicted, he added, but if someone tries to escape, “we will take a zero tolerance approach”.

Later, speaking to reporters, Sarma said, “Police have no authority for encounters. In a democracy, crime is fought through law and not encounter. These happen only when there are no other means.”

Sarma also emphasised that chargesheets for crimes such as rape, murder, arms, drugs, extortion should be completed within six months. “Criminal cases in Assam will come down by 50 per cent if the chargesheet is filed quickly,” he said.

Raising the issue of police verification as part of passport applications, Sarma urged police to clear the same within seven days, except in case of those who police suspect to be of “doubtful nationality”.

“The National Register of Citizens (NRC) in Assam is not final, the process is still on. Just because your name is on the NRC does not mean you are Indian,” Sarma told the officers. “If you feel someone’s background is doubtful, leave them out. But for khilonjiya (indigenous) people, do not take time to do the verification.”

The CM also asked officers to have zero tolerance for crimes against women. “Criminals, especially rapists, no matter which community they are from, should not be spared.”

He announced Rs 2.50 lakh to each police station annually as contingency fund to meet recurring expenses, as well as fortnightly medical check-ups of all staff, and said officers in-charge should be transferred every two years.