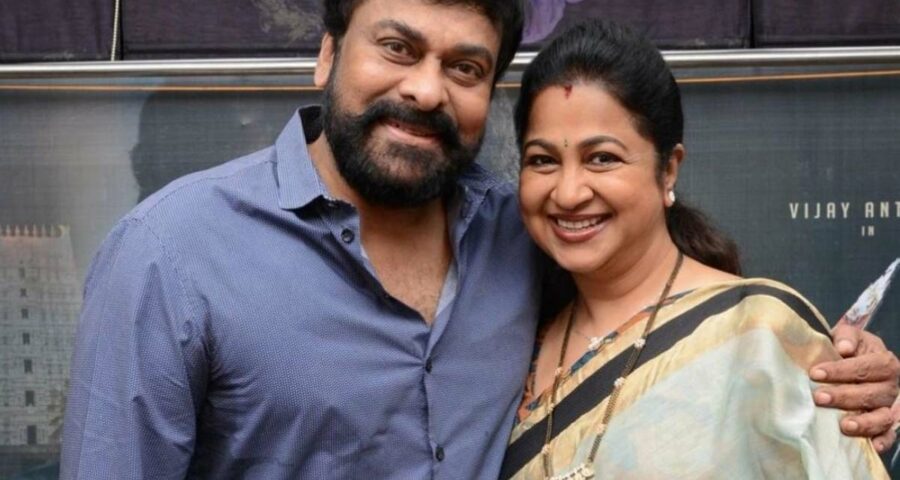 Are you a fan of the megastar Chiranjeevi? If yes, then gear up to rejoice as we have some awesome news in store for you. Today morning, veteran actress Radhikaa Sarathkumar opened up about working with King of Mass Chiranjeevi and made a surprising revelation. Radhikaa wrote on Twitter:  Thank you dear  Chiranjeevi for giving your consent to do a project for Radaan @realsarathkumar. In the near future,  Looking forward to making a blockbuster with the King of Mass.

Though there is no clear update about the project. More details of the film or series are yet to be unveiled.   The movie lovers are aware that Radaan is a production house which  is founded by Radhikaa Sarathkumar.

Both Chiru and Radhikaa have delivered several hit movies together on screen.  Both share a good bond and Radhika also attends a get-together party held at Chiru’ house every year without missing a beat.

Radhikaa Sarathkumar is entertaining the audience by playing the role of a mother in movies. Apart from this, it is known that she has appeared in many Television serials. Needless to say, she is one of the prominent talented actresses in the South film industry. Predominantly working in Tollywood and Kollywood, she has also proved herself as a producer and an entrepreneur. Moreover, she also acted in Malayalam, Hindi, and Kannada movies.