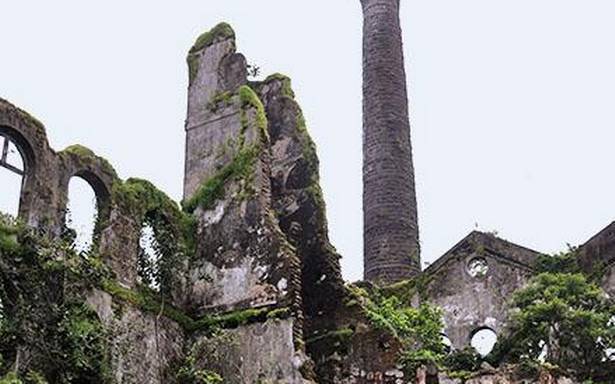 The Bombay High Court on Thursday commuted to life sentence the death penalty awarded to three convicts in the gangrape of a 22-year-old photojournalist inside the defunct Shakti Mills compound in central Mumbai in 2013. The judges said they “deserve imprisonment for life to repent the offence committed by them as death puts an end to the concept of repentance”.

Terming rape as a “serious blow to the supreme honour and dignity of a woman”, the court said the convicts “do not deserve to assimilate with the society, as it would be difficult to survive in a society of such men who look upon women with derision, depravity, contempt and objects of desire”.

A Division Bench of Justices Sadhana Jadhav and Prithviraj Chavan refused to confirm the death penalty awarded to Vijay Jadhav, Mohammad Qasim Bengali Shaikh and Mohammad Ansari, and commuted their sentence to life in prison for the remainder of their lives.

The judgment comes seven years after a trial court in Mumbai awarded the death sentence to them.

The High Court noted that although the offence was “barbaric and heinous”, it cannot be said at the threshold that the convicts deserve only death penalty and nothing less than that.

“A sentence of death is irrevocable and therefore, the basic principle in sentencing policy would be life imprisonment as a rule and death penalty as an exception,” the court said.

The Bench in its order noted that as a constitutional court it would not be proper on its part to “eliminate or extinguish the flame of the life of the convicts without following due procedure established by law”.

“We cannot allow our emotions to outweigh the principles of criminal jurisprudence and the procedural mandate of the statute…We are of the opinion that the convicts deserve the punishment of rigorous imprisonment for life that is the whole of the remainder of their natural life in order to repent for the offence committed by them,” the judgment said.

“The accused do not deserve any leniency, empathy or sympathy. Everyday the rising sun would remind them of the barbaric acts committed by them and the night would lay them with a heavy heart filled with guilty and remorse,” the judgment said.

The court said that the convicts shall not be entitled for remission, furlough or parole as they cannot be allowed to assimilate in the society and as there is no scope for reformation.

“The convicts do not deserve to assimilate with the society, as it would be difficult to survive in a society of such men who look upon women with derision, depravity, contempt and objects of desire,” the court said.