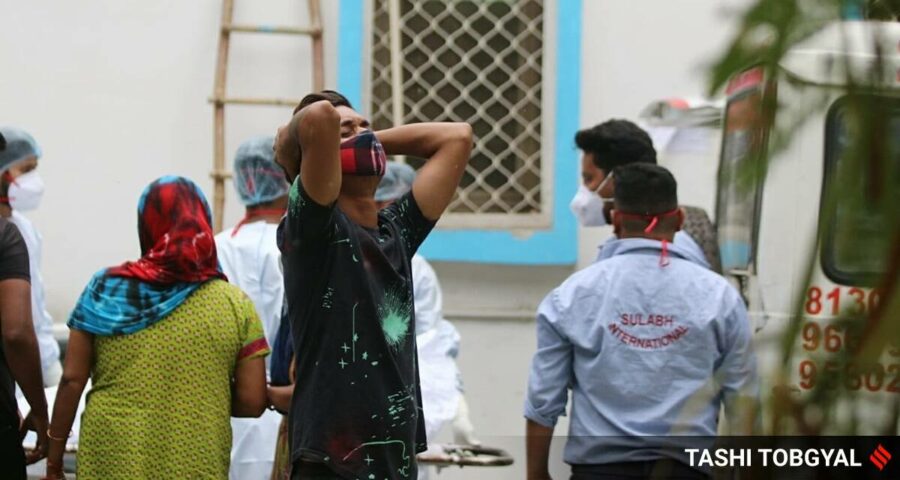 Our institutional weaknesses in terms of setting up oxygen plants or ramping up vaccination, the government’s arrogant and disrespectful dismissal of all criticism as anti-national, have dealt a shattering blow to the Rising India story. Seven years is a very long time in politics but seven weeks of the Covid-19 wave seem to be longer. The deaths of our loved ones, our despair and sense of helplessness have deepened distrust between people and the government. Strict, localised lockdowns have helped bring the Covid curve down but the vulnerability remains. Nothing could be a more powerful anniversary message to the Narendra Modi government than the list of names of our brothers and sisters who could have been saved had we kept hospital beds or oxygen cylinders ready.

For, that was the central pillar, this government said, holding up its entire platform of governance: Improving last-mile delivery to the citizen. It was the UPA’s technological and policy architecture of Aadhaar and MGNREGA that laid the bedrock of the Modi government’s JAM (Jan Dhan, Aadhaar, Mobile) trinity to plug transmission losses. Swachh Bharat has improved the sanitation level in rural as well as urban India; Ayushman Bharat gave the poor an insurance net. Then why should so many have to die?

The answers will take time as Parliament resumes and we stand up to ask the questions. One explanation is the nature of decision-making. Consider the big-bang initiatives to signal a strong government: Demonetisation, triple talaq legislation, abrogation of Article 370, changes to the Citizenship Act, and the surgical strike. Common to all these was the centralisation of decision-making, the lack of discussion with stakeholders, castigating all critics as anti-national and a we-know-best attitude that kept experts out. Then there was governance by catchphrase: Make in India, Skill India, Start-up India, Atmanirbhar Bharat. But growth had begun to dip before the pandemic, enduring high unemployment levels have undermined the demographic dividend and all these vulnerabilities have been deepened by the grossly mismanaged second wave.

There were successes in managing the first wave. As pointed out in India VNR (Voluntary National Review) 2020, during the first wave, “the health system geared up with exemplary resilience to manage the Covid-19 pandemic, with effective containment, treatment, surveillance and tracking systems.” Indeed, the 40-day long lockdown period was used to scale up medical and para-medical infrastructure. At the onset of the pandemic in January 2020, India did less than 100 Covid-19 tests per day at only one lab. The country reached a cumulative testing of 324 million samples as of May 20, 2021. The resources of PPEs, masks and sanitisers, isolation wards and ICU facilities were also expanded. In these successes, the ordeal of the unorganised migrant labourers was forgotten. It was thanks to the MGNREGA, which the prime minister called a monument to failure, that countless families were able to pull through. Then came the second wave.

Far from using the six months of the falling curve to ramp up ICU beds, oxygen supplies and vaccine availability, the government was busy celebrating its global commitments. Sitting in his echo chamber, the PM told the entire world how India had defeated the virus, his party passed a resolution praising his leadership just when the second wave began in Maharashtra. The government shows a list of press releases to prove that it told states to be careful of the rising curve. True, and states have to share the blame, but when the central government declares victory, the message to lower the guard goes down the line. We boasted that India was the pharmacy of the world but failed to fortify our own medical armoury. Nearly 6.5 crore doses of vaccines were exported under “Vaccine Maitri”. The government says most of these were commitments but the fact that India has stopped this now shows this could have been better sequenced. Right from last August to this April, the Centre said vaccines was its department. Today, states are told to fend for themselves; defying all logic, there is a different price for the Centre and for the state; states have to beg and compete in the open market; every day there is a new announcement regarding vaccine stocks and norms. The answer is simple and the PM, as a veteran chief minister, knows it: Develop a universal programme for vaccination following the principles of science and equity; ensure free of cost and timeline-based vaccination to every citizen. Hopefully, the Supreme Court will shine the light in this dark.

Our institutional weaknesses in terms of setting up oxygen plants or ramping up vaccination, the government’s arrogant and disrespectful dismissal of all criticism as anti-national, have dealt a shattering blow to the Rising India story. For the first time in 16 years, we are again in the queue as recipients of aid. S Jaishankar can argue that India helped the world before the world helped India but he knows the damage has been done.

Each one of us has been touched by Covid. Announcements of compensation will not work. A stipend can’t restore trust. You can’t throw money at every problem. We have to move from paper to practice, from virtual meetings to the ground, from microphones to masses to boost the confidence of our people, repair broken trust. We need vaccine rallies, not campaign rallies; we need every MP and MLA pushing vaccination, not blame; we need the prime minister to ensure that everyone is vaccinated. India Inc and captains of Indian industry should take a leaf from America’s manufacturing and licence policy book to ramp up vaccine supply.

Early on in the nightmare, Congress president Sonia Gandhi said that the enemy is the virus, not the Opposition, and we should all come together to fight the disease, not each other. Dr Manmohan Singh’s letter had excellent suggestions that needed to be factored in, not mocked. Being representatives of the people, in the time of this crisis, we should be together. In the first wave, as an MP, I got help from my political rivals to help the needy; I know MPs who have cut across party lines to help. We need that spirit. We need to show those who have elected us that we will move heaven and earth to care for them.

Let us begin with a pledge for universal immunisation and make this a model for the world. So that by the time he addresses the nation on August 15, the prime minister can pledge to ensure that it will be a protected India that will begin its 75th year of Independence. For that, he needs to stop worrying about votes, start thinking about lives. Because humanity doesn’t belong to any one political party.

This column first appeared in the print edition on June 1, 2021, under the title ‘When bullet points misfire’. Chowdhury is leader of the Congress in Lok Sabha