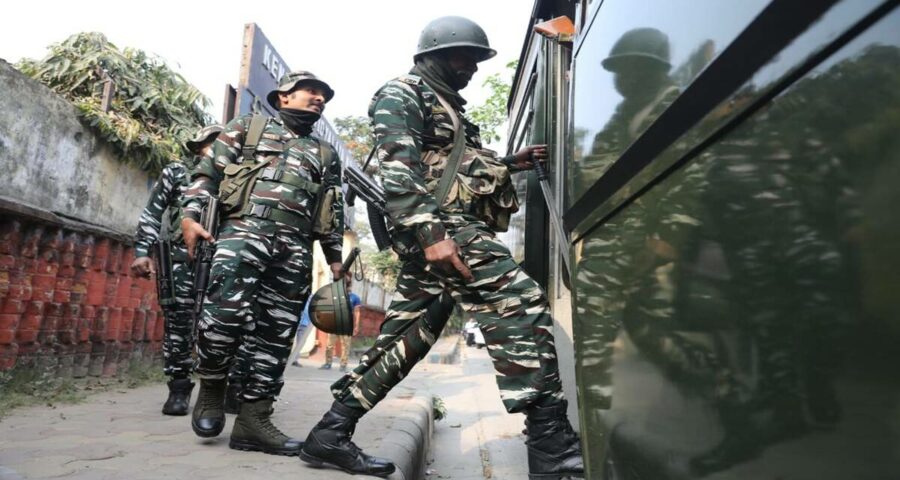 🔴 On November 23, the SC, while rejecting TMC's prayer to postpone the polls, had directed the state DGP and IGP to hold a joint meeting with the State Election Commissioner by Wednesday morning to assess availability of sufficient CAPF strength to be deployed for the elections. The Supreme Court on Thursday directed the Union Home Ministry to provide additional two companies of any Central Armed Police Force (CAPF) “as expeditiously as possible” to Tripura to ensure that voting for local body polls in the state, which began earlier in the day, remain free and fair.

The bench of Justices D Y Chandrachud, Surya Kant and Vikram Nath asked Tripura’s Director General of Police (DGP) and Home Secretary to “immediately review if there is any additional requirement of further deployment, over and above the above direction and if so, communicate it to the Department of Home Affairs of the Government of India for necessary action”.

“Any such request having due regard of the statement made by the Solicitor General shall be duly considered,” the bench directed. Solicitor General Tushar Mehta had assured the court that should a requisition be made for additional paramilitary forces, the Union Home Ministry will respond immediately in a favourable manner.

The court ordered, “Necessary arrangements would also be made for deploying an adequate number of CAPF personnel to ensure the safety of ballots and to facilitate an unhindered counting of votes…” The bench was hearing a plea by opposition Trinamool Congress and CPI(M), seeking the court’s intervention to ensure free and fair elections in Tripura.

On being told that there were not enough CCTV cameras, the court directed that “in the absence of installation of adequate number of CCTV cameras, both electronic and print media should have unhindered access for full reporting and coverage of the election process”.

It asked the state DGP, SEC and Home Secretary to issue orders to all polling officers and other personnel concerned to give effect to this.

Senior advocates Gopal Shankaranarayanan and P V Surendranath, appearing for TMC and CPI(M), respectively, told the court that there was violence against their party cadre and incidents of outsiders barging into polling booths.

On November 23, the SC, while rejecting TMC’s prayer to postpone the polls, had directed the state DGP and IGP to hold a joint meeting with the State Election Commissioner by Wednesday morning to assess availability of sufficient CAPF strength to be deployed for the elections.

On Thursday, senior advocate Mahesh Jethmalani, appearing for Tripura, told the bench that the meeting led to a request to the MHA for two additional battalions since there may be an emergency. He said two companies of BSF was allotted to the state on immediate basis.