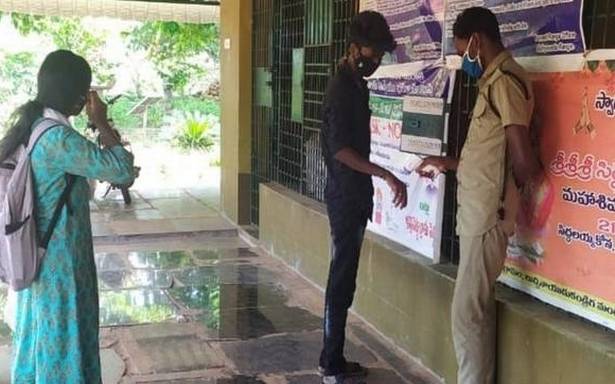 There is a sudden dip in the number of arrivals

The happiness of tourism officials in Chittoor district after gaining back full potential, after lockdown norms were eased, at several tourist locations in the district such as Horsely Hills, has become short-lived with a sudden dip in the number of visitors since the first week of April owing to the sharp rise in COVID-19 cases.

Horsley Hills near Madanapalle, a scenic hill station, which attracts a large number of tourists from Chennai and Bengaluru, was shut down following March 2020 lockdown. However, the hill station’s potential returned to normal in September last year. The officials said till February this year, the tourist destination remained jam-packed with tourists overflowing during the weekends. Since April, in spite of the increase in mercury levels, the occupancy rate of the accommodation blocks started showing a downward spiral.

The vigorous spread of the virus in Chennai and Bengaluru is viewed as the prime reason for the dip arrival of tourists.

The decision of the Tirumala Tirupati Devasthanams (TTD) to suspend the Sarva Darshan facility (free darshan mode) for pilgrims also had its impact. The historical Chandragiri Fort and the Gudimalla Temple in the district, administered by the Archaeological Survey of India, would also remain closed till May 15.

Following excess rainfall all over Chittoor district between July and December last year, some of the waterfalls such as Talakona, Kailasanatha Kona, Sadasiva Kona, Ubbalamadugu and Kaigal turned into busy picnic spots since September. However, the second wave of the virus has now turned several of them deserted. While the Talakona waterfalls is a big lure to the nature lovers from Karnataka, the Ubbalamadugu and Kailasanatha Kona generally receive a large number of visitors from Chennai and from towns bordering with Tamil Nadu.

Tourism Manager (Chittoor) D.V. Chandramouli Reddy told The Hindu that the impact of the second wave of COVID-19 was clearly felt on the tourism sector in the district. “There is a sudden dip in the potential from April onwards and it’s clearly due to the fear factor among the tourists. In spite of this, we are continuously monitoring the COVID protocols at all our locations,” he said.

Forest Range Officer (Satyavedu) Jaya Prasada Rao said the number of visitors from Tamil Nadu at Ubbamalamadugu waterfalls (also known as Tada falls) had come down since the resurgence of COVID.