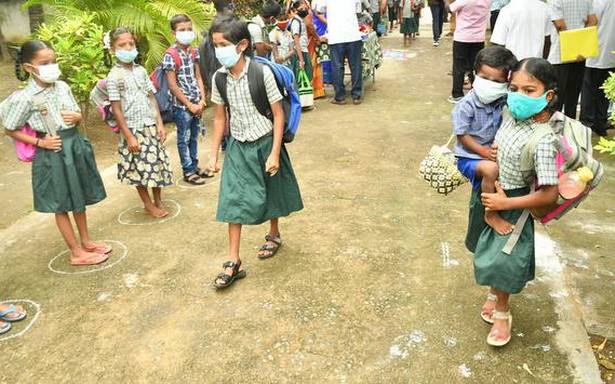 Puducherry Education Minister A. Namassivayam on Sunday announced that the reopening of schools, both government and privately managed, has been put off in view of incessant rains in the Union Territory.

He said in a release after holding discussions with the officials of Department of Education that the incessant rains is the immediate reason to put off the date of reopening of schools for Classes 1 to 8. The government would soon announce the fresh date to reopen the schools for these classes.

Namassivayam said holiday has been declared for Classes 9 to 12 on November 8 and 9.

The government had announced a few days ago that all schools would resume classes for students of 1 to 8 tomorrow. But the incessant rain has necessitated the postponement of the reopening date.

"Fresh date would be decided and announced soon," he said in the release.