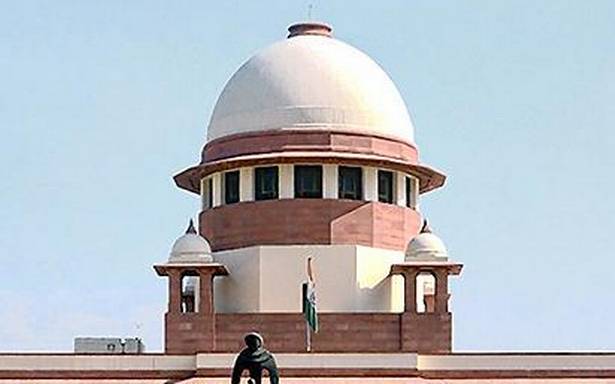 The petition highlighted the ‘unfortunate and sorry state of affairs” in Uttar Pradesh, where many prisoners continued to languish in jail despite proving their claim of juvenility.

The Supreme Court on Thursday granted interim bail to 13 prisoners who have languished in Agra Jail over two decades despite proving their juvenility at the time of the commission of the crime.

A Bench of Justices Indira Banerjee and V. Ramasubramanian allowed them bail after the Uttar Pradesh did not raise any objection.

The petition filed through advocate Rishi Malhotra had highlighted the “unfortunate and sorry state of affairs” in Uttar Pradesh, where many prisoners continued to languish in jail despite proving their claim of juvenility.

An accused can raise a claim of juvenility at any stage of a criminal trial or even any time after his conviction and sentence for a crime. If the claim is found true, the court should maintain the conviction, but set aside the sentence and forward the case to the Juvenile Justice Board. A juvenile can be punished only for a maximum period of three years.

According to the petition, there were “clear and unchallenged rulings” from the Juvenile Justice Board declaring the 13 prisoners as juveniles at the time of commission of their crime.

“Yet no steps have been taken to release them forthwith. The miseries are further compounded by the fact that these petitioners who are languishing in Agra Central Jail have already undergone judicial incarceration for periods ranging from 14 to 22 years,” the petition said.

Mr. Malhotra said they had spent years in “hardcore jails” among “hardcore criminals”. “This completely negates the purpose and objects of Juvenile Justices Act,” the petition said.

The petition argued that a delay in raising the ground of juvenility could not be a reason to let them languish behind bars for years. The claim could be raised even at the stage of advanced appeal before the Supreme Court.

“The delay in raising the claim of juvenility cannot be a ground for rejection of such claim. The claim of juvenility can be raised in appeal even if not pressed before the trial court and can be raised for the first time before the Supreme Court, though not pressed before the trial court and in the appellate court,” the petition referred to 2012 judgment of the Supreme Court on the issue.