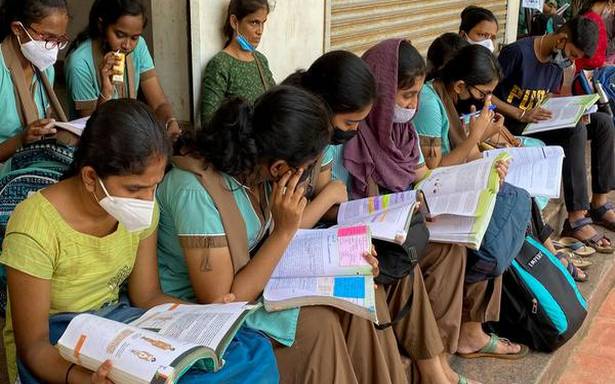 The Supreme Court on Monday dismissed a petition filed by several aspirants seeking the cancellation of the NEET-UG 2021 examination held on September 12 due to alleged paper leak and malpractices.

“What sort of writ petition have you filed? Lakhs of people have taken the exam. When one person comes to you, you will file a petition like this. You want us to cancel the exam? Over seven lakhs students have attended it… Do you want to make them suffer?” Justice L. Nageswara Rao asked advocate Ninad Dogra, the lawyer for the petitioners.

Mr. Dogra submitted that the court had itself said that it was open to receive complaints even if it was injustice done to just one candidate.

He argued that multiple First Information Reports had been filed alleging cheating and other malpractices in the examination. Answers were leaked on WhatsApp.

The Bench, also comprising Justice B.R. Gavai, refused to budge, saying it would not intervene in an examination where 7.5 lakh students had appeared.

Dismissing the petition, the court threatened to impose ₹5 lakh in costs.

“You know that the court will not cancel the exam in which 7.5 lakh people have taken the exam. This exam was conducted nationally and not locally,” Justice Rao addressed Mr. Dogra.

The petitioners had sought a stay of the declaration of NEET results during pendency, fresh examinations and a direction to the Central Bureau of Investigation (CBI), Rajasthan and Uttar Pradesh police chiefs to file probe reports in the case in a week.

They had urged the court to direct the CBI and the police chiefs of both States to file fact-finding reports on the alleged malpractices in NEET-UG 2021.

The petitioners had asked the Supreme Court to direct the government, the National Testing Agency and National Medical Commission to enhance the standard of security protocols. This would include biometric verification of candidates and use of jammers. The petition said that this would help the examinations to be conducted in a fair and transparent manner.