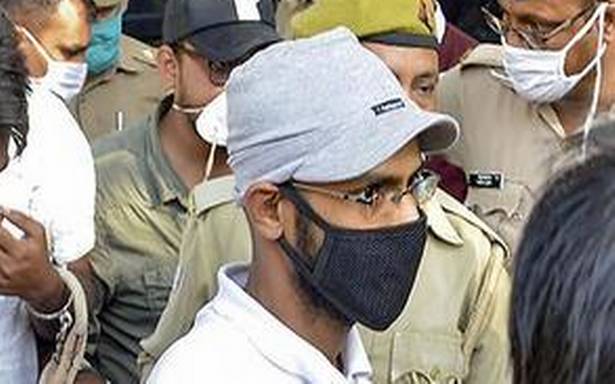 The Supreme Court on Tuesday asked the Uttar Pradesh government to submit medical records of journalist Siddique Kappan who was arrested last year.

Kerala Union of Working Journalists (KUWJ) alleged that Kappan has been chained to a cot in the hospital he was admitted to after falling in the bathroom and later testing positive for COVID-19.

Mr. Mehta objected to the habeas corpus petition filed by the journalists’ union, saying Kappan was under judicial custody.

Advocate Wills Mathew, appearing for KUWJ, said that on April 20, Kappan fell in the bathroom and on April 21 he was tested positive for Covid-19.

He added that besides the relief being sought, Kappan should also be allowed to talk to his mother via video conference.

Kappan’s wife recently wrote to CJI Ramana seeking his immediate release from the hospital, alleging that he was being “chained like an animal in a cot” there.

Raihanth Kappan claimed in the letter written to the CJI that Kappan received injuries on April 20 after falling in the jail bathroom and was reported COVID-19 positive a day later.

She said he was shifted to KM Medical College, Mathura, on April 21, where he is presently “chained like an animal in a cot of the hospital, without mobility, and he neither could take food nor could go to the toilet for more than 4 days, and is very critical.”