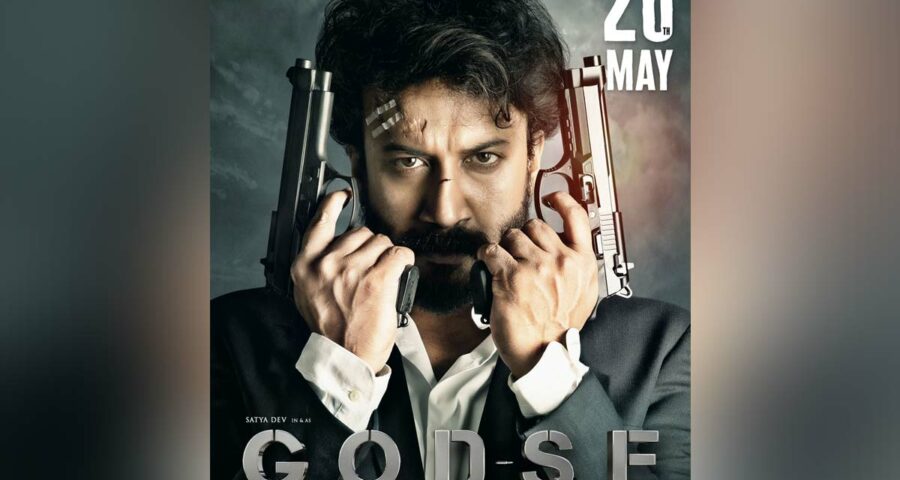 Godse release date locked:  It is known that the young hero Satya Dev is currently working for an upcoming film Godse. Few days ago, the makers released the title poster where  Satya Dev was seen holding a short gun. Last year  in the month of December Chiranjeevi launched the trailer of this film. The upcoming action thriller drama is directed by Gopi Ganesh Pattabhi, and is produced by C Kalyan under the banner of CK Screens. Today morning the makers of Godse officially announced the release date.

Satya Dev starrer Godse  which is touted to be an action thriller drama will be released on 20th May. Malayalam actress Aishwarya Lekshmi is sharing the share the screen space with Satya Dev in this film.  She is making her debut in Tollywood with this film.

The upcoming film Godse marks the second collaboration of  Satya Dev with Gopi Ganesh Pattabhi . In past they have worked together for the movie Bluff Master . The  movie is bankrolled by C Kalyan.

Apart from the lead actors, the movie Godse also has Brahmaji, Kishore, Nassar, Aditya Menon,  and others in key roles.   In this film  Satya Dev is playing a vigilante with a gun, who is on a killing spree to root out corrupt men in power.