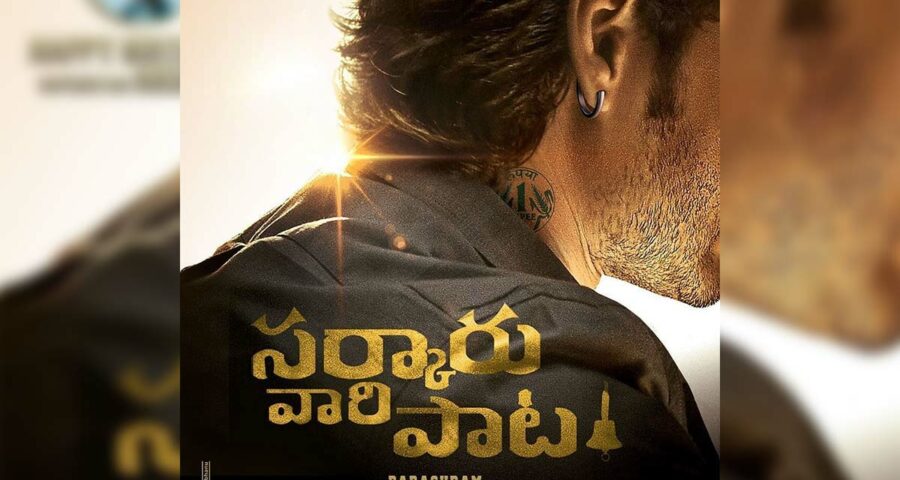 We have already reported that the Telugu superstar Mahesh Babu’ much awaited film Sarkaru Vaari Paata, which is helmed by Parasuram, shooting has been completed except for one song.  The big budget entertainer which has national award winning actress Keerthy Suresh in the female lead,  will be released worldwide on 12th May.  Today morning  the production house- Mythri Movie Makers officially confirmed that the shoot of the final song of Sarkaru Vaari Paata has been started and soon they would drop BTS pics from the shoot.

Meanwhile, a song of the film Kalaavati, which released recently on YouTube, has become a big hit. The song has been penned by Anant Sriram and crooned by Sid Sriram. Few days ago, the makers also released the Penny song that also featured Sitara, the daughter of Mahesh and Namrata. 9-year-old Sitara Ghattamaneni makes a debut in the film industry with this song. The song has been crooned  by Nakash Aziz and written by Anant Sriram.

Butta Bomma fame  S Thaman has composed the music while cinematography has been handled by R Madhi of the film which is bankrolled by Naveen Yerneni, Y. Ravi Shankar, Ram Achanta and Gopichand Achanta under Mythri Movie Makers, GMB Entertainment and 14 Reels Plus banners.

The movie Sarkaru Vaari Paata revolves around a big scandal, which leads to the disruption of the Indian Banking Sector.