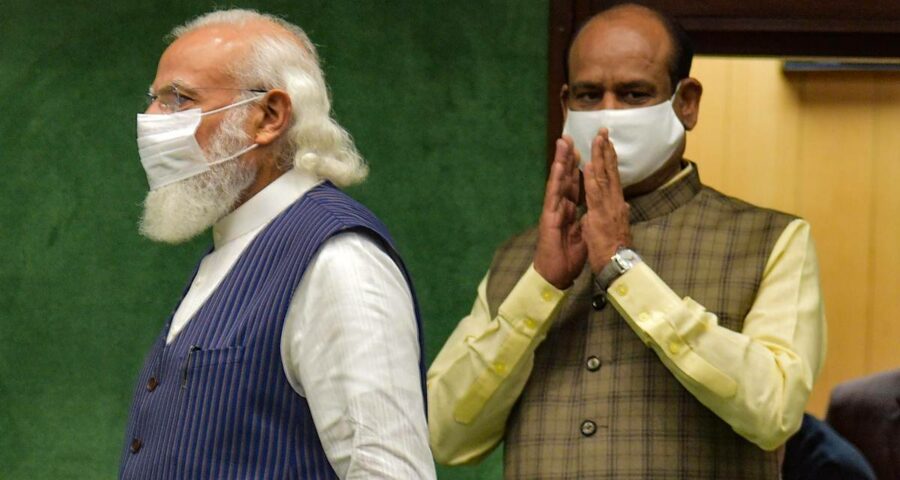 While Tharoor has been asked to host To The Point, a series of interviews with eminent personalities, Chaturvedi will interview women parliamentarians in her show Meri Kahaani. However, both shows will steer clear of politics. At least for now. WHAT DO politicians talk about when they get together? Not necessarily politics, it seems. The Congress’s Shashi Tharoor and Shiv Sena’s Priyanka Chaturvedi will put that to test as hosts of chat shows on the newly launched Sansad TV.

While Tharoor has been asked to host To The Point, a series of interviews with eminent personalities, Chaturvedi will interview women parliamentarians in her show Meri Kahaani. However, both shows will steer clear of politics. At least for now.

The channel, set up by merging Lok Sabha TV and Rajya Sabha TV, was launched by Prime Minister Narendra Modi, Vice President M Venkaiah Naidu and Lok Sabha Speaker Om Birla on Wednesday. The channel is set to feature a series of shows hosted by sitting and former MPs, beginning with Thaoor and Chaturvedi, both Opposition members, one from Lok Sabha and the other from Rajya Sabha.

Former MP and veteran Congress leader Karan Singh will lead a series on religion called Ekam Sat (Truth is One).

While Amitabh Kant, CEO of the government’s public policy think-tank NITI Aayog will talk about “India’s growth story” on the show ‘Transforming India’, Sanjeev Sanyal, the government’s Principal Economic Advisor, will host ‘Economic Sutra’, which will “explain government policies and economic strategies, their underlying philosophy, and projects undertaken over the last few years”, according to tweets by Sansad TV’s official handle.

Officials said that when the House is in session, there will be two platforms of Sansad TV, one to broadcast live proceedings from Lok Sabha and the other from Rajya Sabha. However, when Parliament is not in session, one of the platforms will be kept dormant while the other will feature news, panel discussions and other shows.

A senior official from one of the secretariats said Sansad TV has been created as a bilingual channel with programming in Hindi and English.

Senior officials aware of the programming plans of the new channel said more sitting MPs will be called to do shows. “There are a couple of shows which have been designed specifically with members of Parliament as hosts. So there could be something where one MP does a few episodes, then another MP does a few, and so on. We will involve as many as possible,” a senior official said.

Saying more shows will be added down the line, the official said the MPs will be chosen from both sides of the aisle. “We are not looking at it treasury bench MPs versus Opposition. We will be neutral as far as their political (affiliations) are concerned. We only consider how well an MP can deliver on the show,” the official said, adding that in case of weekly shows, if the host MP is unavailable, another MP may be called in as replacement.

Around 60 new programmes are being planned for the channel, which will focus largely on Parliament and its functioning, besides the role of state legislative bodies and democratic systems in other countries. There will also be shows on education, science, culture, religion and economy, among others.

Speaking at the launch ceremony, Prime Minister Modi expressed the hope that Sansad TV would help MPs conduct themselves better inside the House. He said Sansad TV will ensure that the discourse in Parliament is in touch with the lives of people. “The creative people in communication often say ‘Content is King’. In my experience, ‘Content is Connect’. This applies both to the media as well as our democratic set-up,” he said.

Speaking on the occasion, Vice President Naidu said, “What we are launching today is a bridge to authentic, meaningful communication between the people and their representatives.” Calling for meaningful debates to “echo people’s aspirations”, he said, “loud disruptive noise should not drown the voice of people”.

While the day-to-day functioning of the new channel will be taken care of by the Lok Sabha Secretariat, an official said that for larger policy and other decisions, the Lok Sabha Speaker, Chairman of Rajya Sabha and the secretariats of both the Houses will be involved. It was after Naidu and Birla held consultations to integrate Lok Sabha TV and Rajya Sabha TV in 2019 that a committee was created in November that year. The committee, headed by former Prasar Bharati chairperson A Surya Prakash, presented its recommendations last year, following which former bureaucrat Ravi Capoor was appointed as Sansad TV’s CEO in March this year.