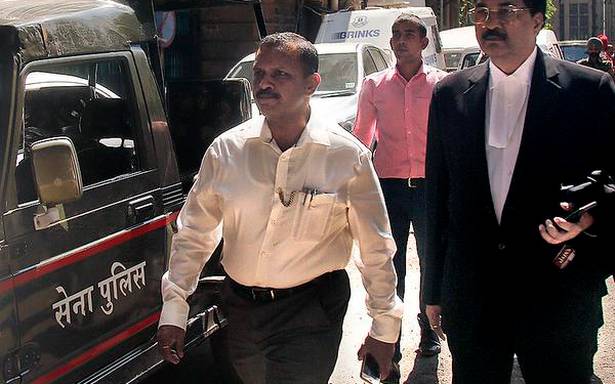 Issue can be decided once trial ends: NIA

Lieutenant Colonel Prasad Purohit, accused in the 2008 Malegaon bomb blast case, told the Bombay High Court on Monday that sanction should be sought from the government before prosecuting him in the case.

Mr. Shivade argued that prior sanction should be sought under Section 197 of the Code of Criminal Procedure (prosecution of judges and public servants). He went on to say that Mr. Purohit was playing his role and discharging his official duty by gathering information and that he was an “unsung hero” of the Army.

Stating that the trial was going on and 181 witnesses had been examined, NIA counsel Sandesh Patil said approximately 150 more witnesses were left. Hence the issue of sanction could be considered at the end of the trial, he said.

Nisar Ahmed Sayyed Bilal, whose son died in the blast, filed an intervention application through former Additional Solicitor General of India B.A. Desai. Mr. Desai opposed Mr. Purohit’s plea and said though he was charged under Unlawful Activities (Prevention) Act, he had been released on bail. The matter will be heard on July 30.