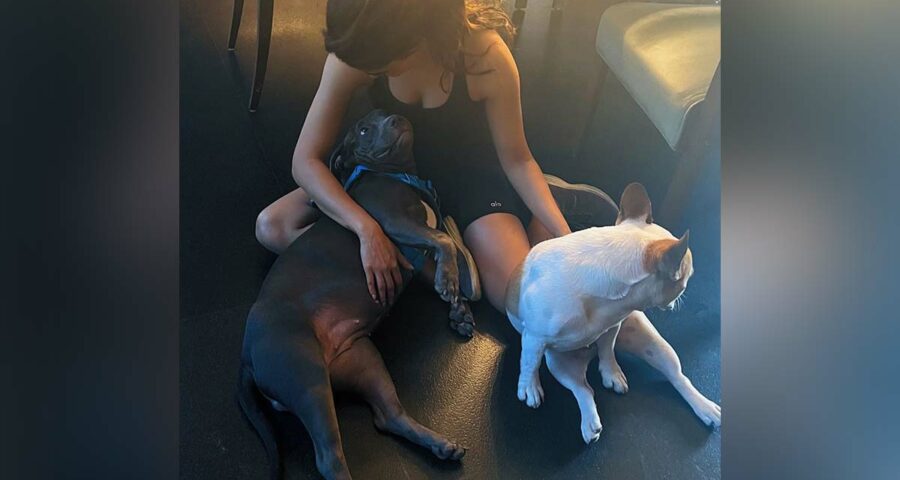 South beauty Samantha Ruth Prabhu took to her Instagram to share a pic of her with her pets Hash and Sasha. Both the pets are enjoying the morning in Samantha’ lap. Sasha looked at Samantha  Ruth Prabhu with little eyes.  Rangasthalam actress captioned it, “Definitely a morning person… he annoying kind I see memes about. Who’s with me?” Hash is a French bulldog,  whereas Sasha is a Pit-bull.

On the career-front, Samantha has wrapped up  the shoot of her upcoming project  Shaakuntalam, which is  directed by Gunasekhar. Speaking at the launch of the movie Samantha had  said that this will be her dream project and dream role.  This film marks her first collaboration with Gunasekhar  who  is best known for his epic period drama Rudhramadevi with Anushka Shetty.

On the work front, Samantha has been busy prepping for her upcoming movies, which are to get on the floors soon. Samantha has two bilingual projects, one of which is to be directed by debutante Shantaruban Gnanasekharan.

She is also working for an International project Arrangemnets of Love.  She is also waiting for the release of romantic comedy Kaathu Vaakula Rendu Kadhal,  helmed by Vignesh Shivan, which also stars Nayanthara and Vijay Sethupathi. Sher is also the part of a women center film Yashoda.