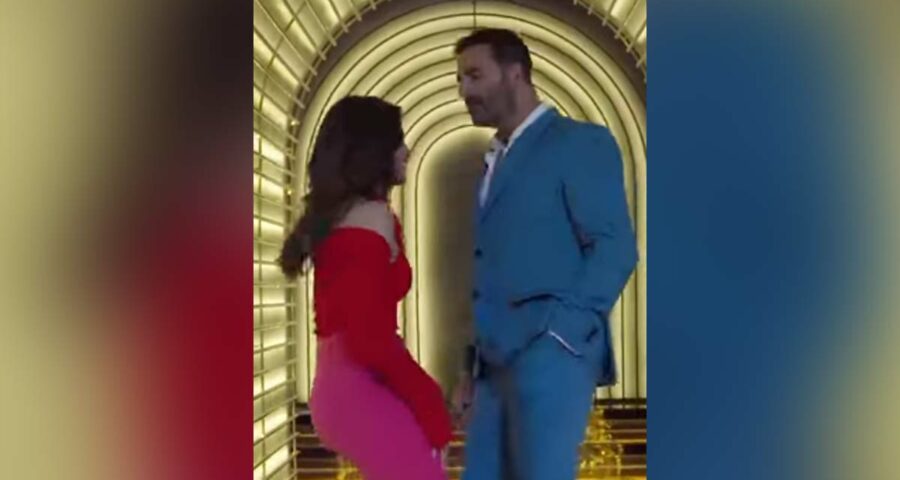 Samantha Ruth Prabhu who is one of the talented actresses of South Indian film Industry will be seen with Akshkay Kumar on the sets of chat show “Koffee With Karan season 7”. On the Instagram page of Disney+ Hotstar, a clip of  Samantha and Akshay Kumar dancing to the song Oo Antava, which was initially shot on Samantha and Allu Arjun, was released. The caption of the video reads: “The cool and the killer raising temperature in the house!”

The video starts with Samantha Ruth Prabhu grooving with Akshay Kumar as he perfectly matched steps with her,before they took over the couch. Samantha is seen in a bright red cutout top,  which she pairs with pink pants. On the other hand,  Akshay Kumar looks dapper in a blue suit.
The third episode of  Koffee with Karan hosted by Karan Johar has had a promo released, and it shows  Bollywood actor Akshay Kumar making a suave entrance while holding Samantha, who is making her show debut.

Karan Johar  also questioned Samantha Ruth Prabhu about her divorce. She was married to  Akkineni Naga Chaitanya and they parted ways last year.

The third episode of Koffee with Karan Season 7 will be available on Disney+ Hotstar.