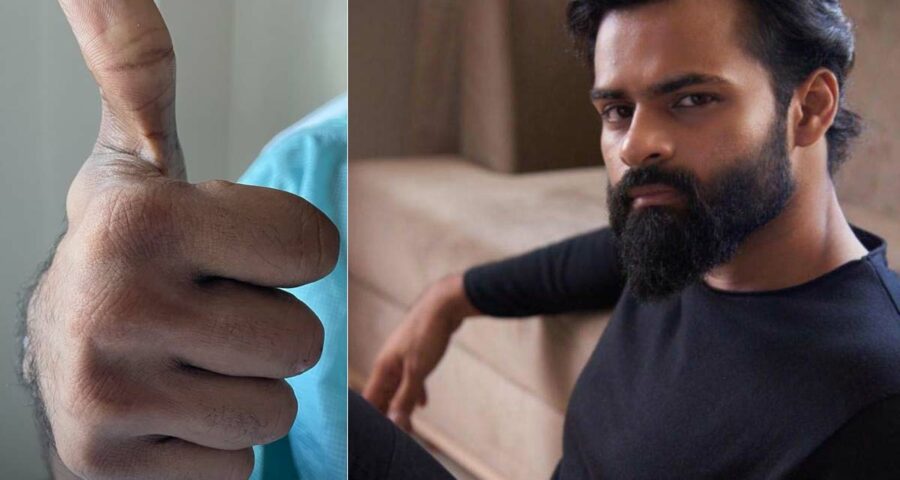 We have already reported that Sai Dharam Tej, the nephew of Megastar Chiranjeevi met with a bike accident on 10th September in Hyderabad.  He was admitted to Medicare Hospital, but later he was shifted to Jubilee Hills Apollo Hospital for treatment. He is currently out of danger.  He had sustained soft tissues injuries and a collar bone fracture.   Now he is recovering. Today Sai Dharam Tej took to his Twitter  to share a special tweet from the hospital and thanked his fans.

The Supreme hero said that Thanks is a small to express his gratitude for the love and affection of his fans on him and his recently released Political drama Republic.

The young actor wrote: Thanks is a small word to express my gratitude for your love and affection for me and my movie “Republic “ See you soon. He also shared a pic  of him showing his thumbs up to his fans.

Recently Vaisshnav  Teja also spoke about his brother’s health and said: He was driving the bike at a normal speed but the ground was muddy. And when he applied the brakes, it skidded and he fell down. The fall caused a collarbone fracture . Hehas been completely fine from day one, but it takes time for a fractured collarbone to get back to normal.