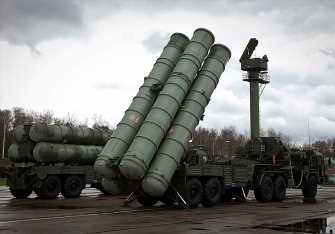 Russia and India are “very motivated” to ensure that the defence cooperation between the two strategic partners is “uninterrupted” by the Ukraine crisis, and “barriers” created by “negative external factors” are being effectively mitigated, Russian Ambassador Denis Alipov said.

Ambassador Alipov told PTI that Russia’s supply of S-400 Triumf surface-to-air missile systems to India is moving ahead “smoothly” as per the schedule and that both sides are maintaining “real-time” communication on critical issues relating to cooperation in the defence sector.

Alipov’s comments came in the backdrop of apprehensions in certain quarters in India that Russia’s supply of key military systems and hardware, including the S-400 missile systems to the Indian armed forces, could be delayed due to the conflict in Ukraine.

“Defence cooperation is one of the major pillars of the Russian-Indian special and privileged strategic partnership. Both our nations are very motivated to ensure that it remains uninterrupted,” Alipov said.

Asked specifically about the supply of the S-400 missile systems, Alipov said, “it is moving smoothly according to the schedule.”

In October 2018, India signed a $5 billion deal with Russia to buy five units of the S-400 air defence missile systems, notwithstanding a warning by the US that going ahead with the contract may invite US sanctions under the provisions of Countering America’s Adversaries Through Sanctions Act (CAATSA).

Russia started delivery of the first regiment of the missile systems in December last year and it has been deployed to cover parts of the border with China in the northern sector as well as the frontier with Pakistan.

It is learnt that Russia almost completed the delivery of major components of the second regiment of the weapon systems.

On the overall supply of military hardware to India by Russia, Alipov said that if some delays in delivery and payments take place at all, they would not be critical.

CAATSA, which was brought in 2017, provides for punitive actions against any country engaged in transactions with the Russian defence and intelligence sectors.

“Both sides maintain real-time communication to tackle those. Currently, we note positive dynamics in the implementation of bilateral agreements and contracts, including on S-400 systems supplies, while Russia does its best to timely fulfil all its obligations,” the envoy said.

Russia has been a major supplier of military hardware to India. The two countries have been holding discussions on what kind of payment mechanisms can work between them in view of the Western sanctions on Moscow.

Unlike many other leading powers, India has not yet directly criticised Russia for its invasion of Ukraine and it abstained from the votes at the UN platforms in condemning the Russian aggression.

India has been pressing for the resolution of the crisis through diplomacy and dialogue.

“We respect and appreciate India’s consistent position as it is grounded on solid foundations of the international law and strategic vision of national interests,” Alipov said.

“We also feel that there is a deep understanding in Indian society of the origins of the Ukrainian crisis which began long before February 2022,” he said.

The ambassador said a majority of the countries, including India, did not support the Western sanctions on Russia.

He said an increasing number of countries are eager to join the BRICS (Brazil-Russia-India-China-South Africa) and it shows that there is a clear desire to seek “equal partnership” as an alternative to the traditional institutions dominated by the developed world.

Asked about the annual summit between Russia and India this year, Alipov did not give a direct reply.

“Russia and India were among the very first who introduced the mechanism of annual exchanges of summits 22 years ago. The only exception so far was 2020, the year when the COVID-19 pandemic erupted,” he said.

“This year, both leaders spoke over the telephone four times. There are multiple occasions for them to interact on international platforms such as BRICS, the SCO and G20.”