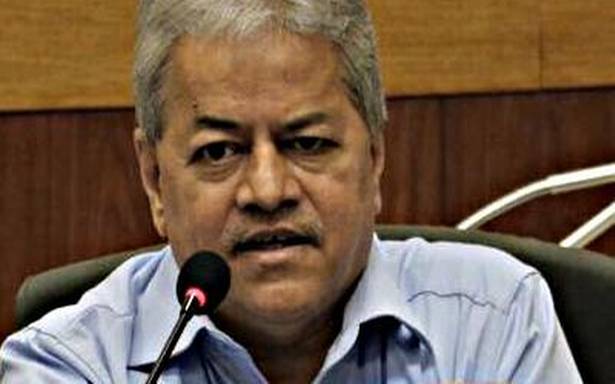 Holding the Centre accountable for the tardiness of the vaccination drive in the country, senior Congress leader and the party’s national panel spokesperson Anant Gadgil on Monday predicted that Prime Minister Narendra Modi was in real danger of being sidelined by the Rashtriya Swayamsevak Sangh if his popularity continued to plummet further.

Mr. Gadgil, who is from Pune, drew an analogy with the ‘fate’ of BJP stalwart L.K. Advani, who at the height of his popularity, had been allegedly cold shouldered by the Sangh. The former MLC said the country was paying a heavy price for the Centre’s delusions and subsequent complacency of having thwarted the first wave of the COVID-19 pandemic and not preparing for a second.

“The Sangh’s ‘Motibagh’ office in Pune is at a short distance from my residence, so I can claim to have closely studied the organisation. Let me say this, that the RSS is not an outfit to allow any single person to soar to the heights of popularity… it will make sure to clip his wings … given the lakhs of livelihoods ruined owing to the Prime Minister and the Centre’s gross mismanagement of the pandemic situation, there is every possibility of Mr. Modi’s popularity continuing to plunge thus. And in this event, the RSS is most likely to sideline him,” said Mr. Gadgil, the son of former Union Minister and veteran Congressman Vitthal Gadgil.

“The sheer ‘immaturity’ in permitting the Kumbh Mela to take place and the Prime Minister’s campaigning for five State elections without regard for human life borders on the criminal. How can you not have a contingency plan or assume that the Indian public had some natural immunity to the virus?” said Mr. Gadgil.

“The rejection of foreign pharmaceutical companies into the Indian market early on has slowed down the pace of vaccination. This reliance on only two Indian vaccine companies has resulted today in not even 20% of our countrymen getting vaccinated,” the Congress leader said, observing that the Prime Minister’s assiduously built public image had been all but shattered by foreign press photos detailing the mass cremation of hundreds of bodies in BJP-ruled States in the country.

“The Modi government has completely disrupted the lives of the common man by failing to control petrol and diesel prices. The COVID-19 scenario, and the subsequent economic slowdown have only worsened the situation,” said Maharashtra Pradesh Congress Committee vice-president Mohan Joshi.