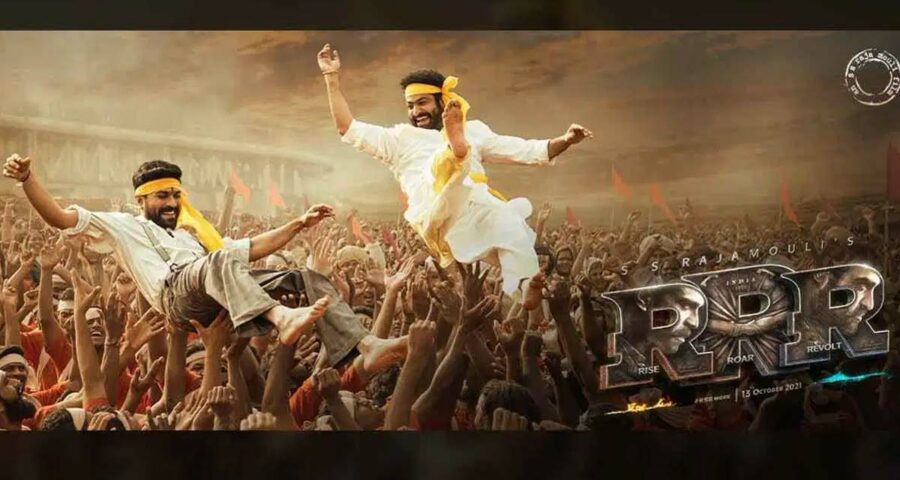 RRR starring Mega power Star Ram Charan and Young Tiger Jr NTR, is one of the prestigious projects in Telugu film Industry. RRR is a big budget movie, which is  helmed by SS Rajamouli and is bankrolled by DVV Danayya.

Rajamouli’ magnum opus has started the pre release business and now according to the latest buzz in the film industry,  the post theatrical satellite and digital rights of RRR were sold to Zee5 for Rs 325 Cr. The channels under Zee network will premiere RRR on TV while the movie can be streamed on the Zee5 platform.

The latest deal- post-theatrical satellite and digital rights, is for all the languages that the film releases in.  RRR will be released on 13th October in Telugu, Tamil, Malayalam, Kannada, and Hindi languages Worldwide in a very grand manner.

Recently on the occasion of  Jr NTR’ birthday, the makers of RRR launched the new poster that featured  the intense look of Tarak as Komaram Bheem. Ram Charan is essaying the role of  Alluri Sitaramaraju  and will romance Alia Bhatt  who is essaying the role of Sita.  RRR also has Bollywood actor Ajay Devgn,  Shriya Saran, Samuthrakhani, Olivia Morris, and others  in the crucial roles.