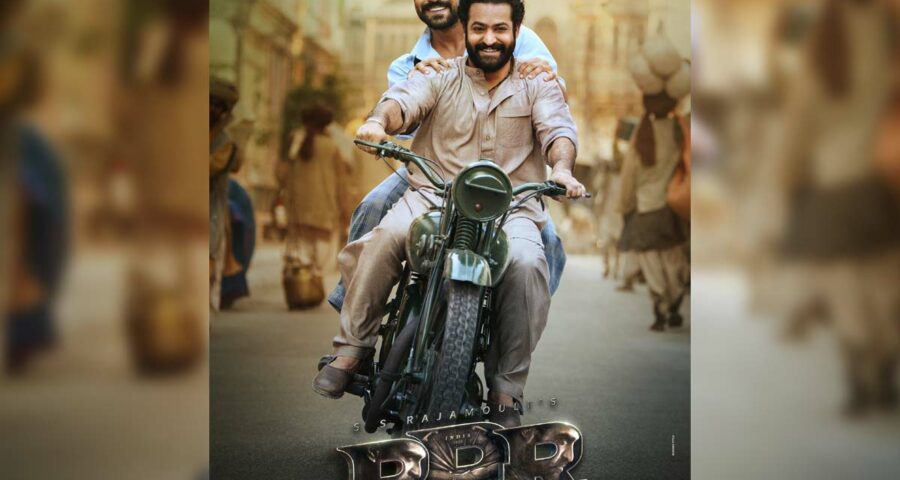 The movie lovers are eagerly waiting for the release of RRR which is bringing the two top stars of Tollywood and they are young Tiger Jr NTR and Mega Power Star Ram Charan. The film’s shoot started a few days back in Ramoji Film City and is going on in full swing as of now. Today the makers of RRR shared a new poster on Twitter and also shared an interesting update.

The update is that except for two songs, the rest of the shoot of RRR has been wrapped up.  The lead actors- Ram Charan and Jr NTR have even wrapped up dubbing for two languages.

Bollywood actress Alia Bhatt, who plays the love interest of Ram Charan who is essaying  Alluri Sita Ramaraju, will join the sets in  the month of July to shoot for the remaining songs. The  shoot schedule will be wrapped up by mid-August. Irish actress Olivia Morris is playing the love interest of Jr NTR in RRR, which is being backed by DVV Danayya.

RRR also  features Ajay Devgn, Shriya Saran and several others in important roles. The  movie narrates a fictional tale of celebrated freedom fighters Komaram Bheem and Alluri Seetharamaraju.  It is  being made on a huge budget of Rs 400 crore and is slated to hit the theaters on 13th October.