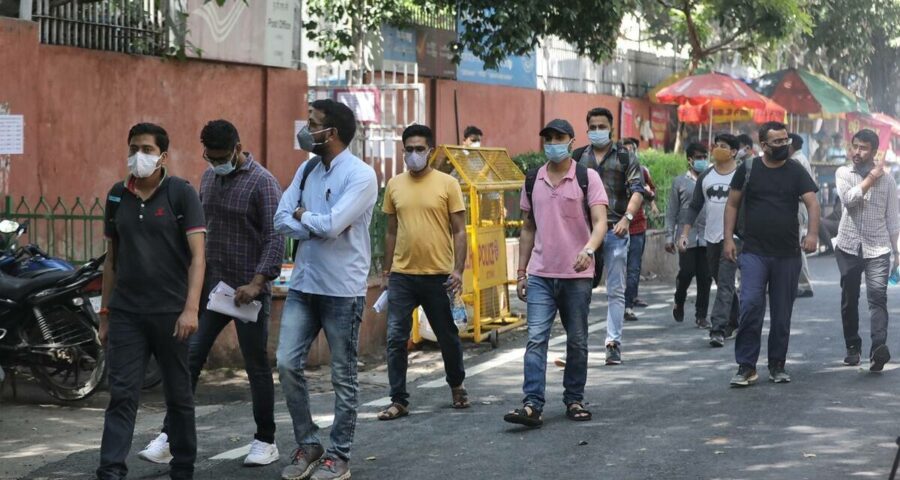 RRB NTPC analysis 2020: The candidates who have attempted the paper in both the shifts reviewed it as moderate. Check section wise analysis of January 30 shifts RRB NTPC phase 2 last day analysis 2020: The phase 2 of the non-technical popular categories (NTPC) recruitment exam was concluded on January 30. The candidates who have attempted the paper in both the shifts reviewed it as moderate.

The computer-based test was of 100 marks, general awareness carried 40 marks, while maths, general intelligence, and reasoning carried 30 marks each.

The difficulty level for both the shifts was in the range of easy to moderate. According to the experts, 22 to 24 can be considered a good attempt in shift 1 while 23 to 25 can be assumed to a safe attempt for shift 2.

From reasoning section, coding-decoding emerged to be an important topic in shift 2 with the maximum number of questions, whereas in shift 2, blood relation had the majority of the questions.

Questions from mathematical operations topic were a bit difficult in both the shifts. As per the feedback of candidates, candidates could easily attempt 20 to 23 questions in shift 1 and 22 to 25 in shift 2.

Muslim League was established by?

When did congress split?

Meerabai Chanu was awarded Rajiv Khel ratna Award in 2018 for which sport?

Which of the following is two leader of Santhal revolution?

Where was Gandhi ji on time of Independence day?

Which amount becomes Rs 520 in 5 years and Rs 568 in 7 years at a certain rate of Simple Interest?

If the cost price of 5 articles is equal to the selling price of 7 articles then find the profit/ loss percentage.

LCM and HCF of two numbers are 48 and 8 respectively. If one of the numbers is 24, find the other?

–The author is with blog team, Gradeup