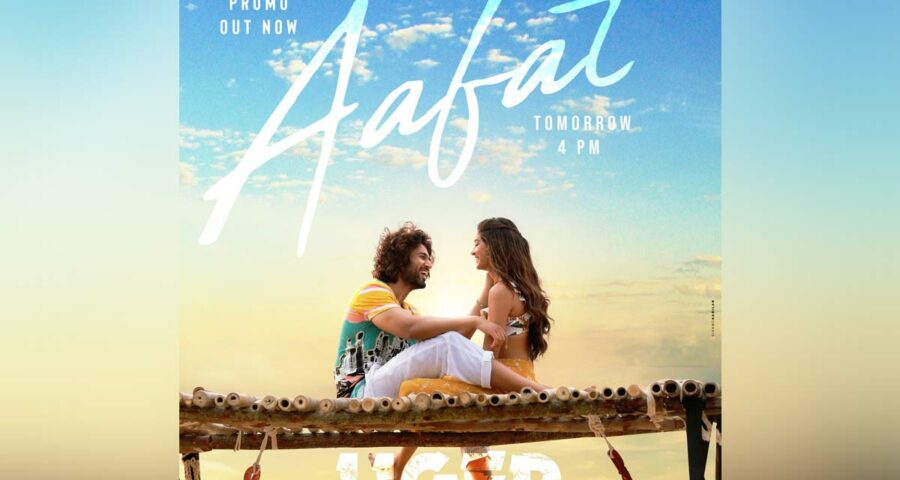 Sensational actor Vijay Devarakonda‘s much anticipated movie Liger is high on its promotions at present. The makers are speeding up the promotions ahead of its theatrical release, which is slated for the 25th of this month. The film stars Ananya Panday as the love interest of Vijay Devarakonda.

Apart from its promotions, the team has decided to release a romantic video song from the movie, which showcases the sizzling chemistry between the leads. Taking to Twitter, Vijay D tweeted, “There’s always a beautiful drama Queen who will come between a mother and son!”

The song is titled Aafat and it is going to be a peppy number. The song’s promo is out now and it is available online. Now, the release of the full song is planned to set out tomorrow at 4 pm.

Billed to be a sports drama, Liger is directed by the dynamic director Puri Jagannath and produced by Dharma Productions and Puri Connects with a herculean budget. It features Ramya Krishna, Mike Tyson, Ronit Roy and others in prominent roles. The pan-India movie was shot in two languages Telugu and Hindi simultaneously.