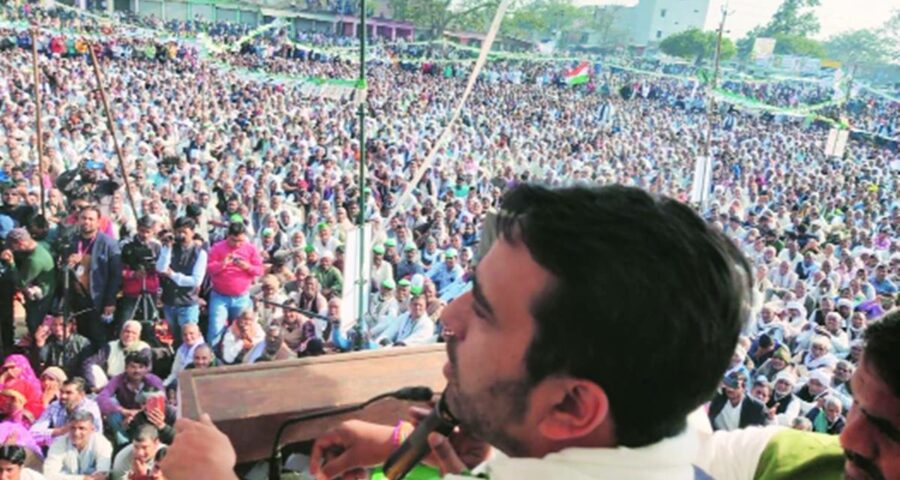 RLD vice-president Jayant Chaudhary is on a hectic tour of western UP villages and is addressing mahapanchayats in an attempt to “expose the designs of the BJP govt at the Centre to divest the farmers of their right to earn by hurriedly passing the three farm laws”, according to party leaders. “Our PM has got choked with emotions while praising Azad in the Rajya Sabha, but he remains a stoic while speaking about issues concerning farmers. The Upper House members were laughing when the PM on Monday termed the farmers’ movement as one by ‘andolanjeevis [professional agitators]’ and ‘parjeevis [parasites]’,” Chaudhary said at a mahapanchyat in Aligarh district’s Iglas town.

He added, “Those in the power have drawn a Lakshman Rekha and we, the farmers, have to identify that who [referring to the BJP government] is busy with ‘cheer haran [exploitation]’ of the agrarian community and who is really concerned about alleviating our problems.”

The RLD leader is on a hectic tour of western Uttar Pradesh villages and is addressing mahapanchayats in an attempt to “expose the designs of the BJP government at the Centre to divest the farmers of their right to earn by hurriedly passing the three farm laws”, according to party leaders. He will address a similar gathering in Khurja town Bulandshahr district on Wednesday.

Chaudhary told the gathering in Iglas, “The key to power is still with farmers. The BJP government may have an absolute majority in the House. You can happily feel elated for being in an absolute majority. When the time comes, the farmers, through their mandate, will show you that who really holds the key [to power].”

The RLD leader pointed out that Modi had termed those protesting on the Delhi border as “andolanjeevis” and “parjeevis” without even caring for the pain and peril of those protesting to ensure that future generations do not face economic hardships.

“’Parjeevi’ means that those who suck blood of others and draw strength by weakening their prey and ‘andolanjeevis’ are those who fight for their right on the streets in a peaceful manner. If we want to bring the change in our country and take it back on the road of prosperity then we will have to fight for our rights that are being denied by those in power to favour a select group of capitalists. This is not the democracy but a dictatorship,” he added.

The RLD has decided to launch a campaign called “Chalo gaon ki aur [Let’s visit villages]” from February 12 to mark the birthday of party chief Ajit Singh. “Our party workers will carry an appeal from Ajit Singh ji during the campaign for farmers that it is high time that they should shun their differences and wage a unified war against the BJP government that is hell-bent on economically ruining farmers,” said RLD state spokesperson Sunil Rohta.