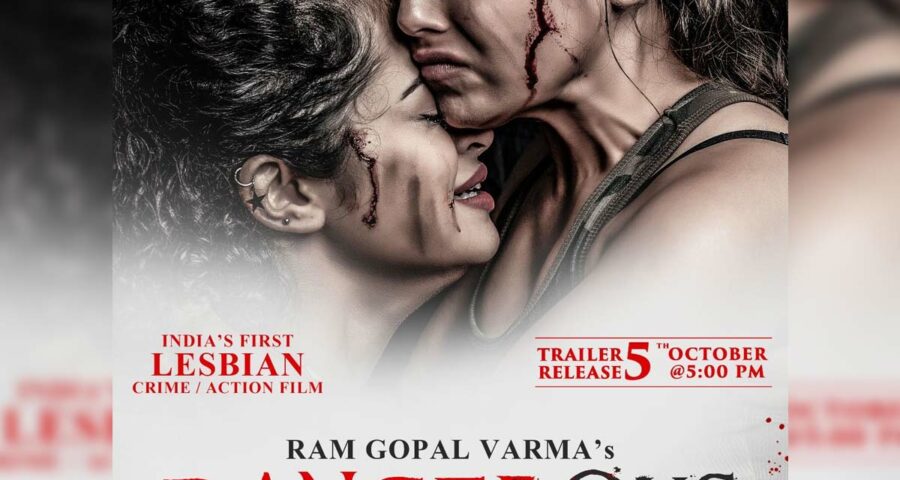 The controversial film makers Ram Gopal Varma aka RGV  released the poster of his upcoming film, Dangerous, which according to him is India’s first lesbian crime/action film. RGV is going to launch the trailer of Dangerous today at 5 pm. The film maker himself confirmed the same by sharing a series of the tweets.

Satya helmer RGV wrote: Today on the eve of Shiva release , happy to announce that i travelled from cyclechain to blockchain and now entering the crypto world and NFT world, to make dangerous the 1st feature film in India to be sold as an NFT, .launching rgvcoin soon

For all moralists out there, here’s a hard reminder that section 377 has been repealed legitimising same sex relationships ..dangerous will be 1st feature film in india to make use of blockchain and be sold as an NFT, launching rgvcoin soon.. Trailer releasing today 5 pm

According to Ram Gopal Varma, dangerous is all about the story of two women who have had bad experiences with men in the past who fall in love with each other.