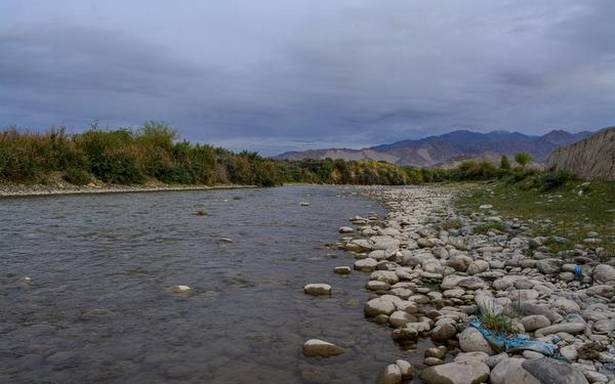 A parliamentary panel has recommended renegotiating the Indus Water Treaty with Pakistan to address the impact of climate change on water availability in the river basin, along with other challenges which are not covered under the agreement.

The Standing Committee on Water Resources has also recommended that India should constantly monitor the Chinese actions to ensure that they do not pursue any major interventions on the Brahmaputra river which could adversely affect India’s national interests. The panel tabled the report before Lok Sabha on Thursday.

As per the Indus Waters Treaty between India and Pakistan in 1960, all the waters of the eastern rivers — Sutlej, Beas and Ravi — are allocated to India for unrestricted use. The waters of western rivers — Indus, Jhelum, and Chenab — have been assigned largely to Pakistan.

The panel observed that although the Indus Water Treaty has stood the test of time, it was framed on the basis of knowledge and technology existing at the time of its agreement in the 1960s. Therefore, the perspective of both the nations at that time was confined to river management and usage of water through construction of dams, barrages, canals and hydro-power generation.

"Present day pressing issues such as climate change, global warming and environmental impact assessment etc were not taken into account by the treaty,” said the report

"In view of this, there is a need to renegotiate the treaty so as to establish some kind of institutional structure or legislative framework to address the impact of climate change on water availability in the Indus basin and other challenges which are not covered under the treaty," it added.

Accordingly, the committee urged the government to take necessary diplomatic measures to renegotiate the Indus Water Treaty with Pakistan.

With regards to China, the panel observed that there is no water treaty between New Delhi and Beijing. However, Memoranda of Understanding (MoUs) on Brahmaputra and Sutlej rivers have been signed by the two nations, which will be in force for five years and are renewed regularly.

Further, an Expert Level Mechanism (ELM) between both the nations is also in place for ensuring co-operation with regards to provision of hydrological data by China during flood season, emergency management and other issues pertaining to trans-border rivers as agreed upon by the two countries.

Expressing satisfaction over China sharing hydrological data of the Brahmaputra and Sutlej river, albeit on payment basis, the committee pointed out that the only aberration was the year 2017 when no data was supplied by it. This coincided with the 73-day Doklam stand-off between the two countries that took place during the peak monsoon period.

Conversely, the committee also expressed its apprehension about the run-of-the-river projects undertaken by China, which may not lead to diversion of waters, but contain every possibility that the water can be stored in pondages and released for running turbines. This may lead to certain diurnal variation in downstream flow and as a consequence have an impact on water flow in the Brahmaputra river, impacting India’s endeavours to tap the region’s water resources. The Brahmaputra is critical to water security of northeast India and Bangladesh.

"The committee recommend that India should constantly monitor the Chinese actions so as to ensure that they do not pursue any major interventions on Brahmaputra river which would adversely affect our national interests," said the report.

In November last year, Yan Zhiyong, the chairman of the Power Construction Corp of China, said that his country will "implement hydropower exploitation in the downstream of the Yarlung Zangbo River" (the Tibetan name for Brahmaputra) and the project could serve to maintain water resources and domestic security.

The MEA said the government is carefully monitoring all the developments on the Brahmaputra and has consistently conveyed its views and concerns to the Chinese authorities in order to ensure that the interests of downstream countries, like India, are not harmed by any activities undertaken in upstream areas.

"China has conveyed to India on several occasions that they are undertaking run-of-the-river hydropower projects which do not involve diversion of the waters of the Brahmaputra,” the MEA told the panel.