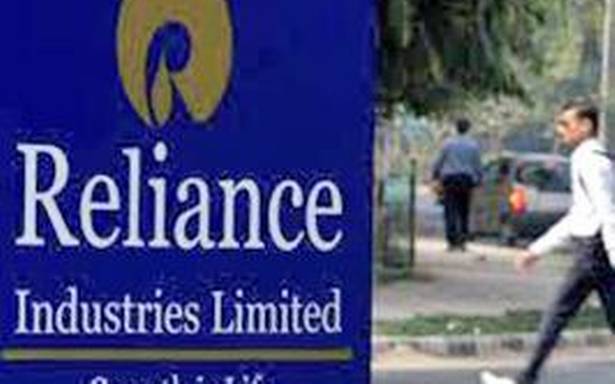 This is the largest ever foreign currency bond transaction in India, eclipsing ONGC Videsh Ltd’s $2.2 billion USD bonds issue of 2014.

Reliance Industries Ltd, the nation’s most valuable company, on Thursday said it has raised USD 4 billion (around ₹30,000 crore) in debt through the largest ever foreign currency bond issuance by an Indian entity.

The oil-to-telecom conglomerate plans to use the proceeds of the three tranche issues to retire existing borrowings.

The issue was “nearly 3 times oversubscribed with a peak order book aggregating around $11.5 billion,” the company said in a statement.

This is the largest ever foreign currency bond transaction in India, eclipsing ONGC Videsh Ltd’s $2.2 billion USD bonds issue of 2014.

This is the first time any BBB-rated Asian company outside of Japan has issued a 40-year dollar bond.

Reliance plans to use the proceeds to retire some of the existing debt, including a $1.5 billion loan that is due to mature in February.

This, it said, represents the “tightest ever implied credit spread” over US Treasury notes by an Indian company.

The Notes are rated BBB+ by S&P and Baa2 by Moody’s.

Stating that with this, it has joined a select group of issuers from Asia to have made jumbo bond issuances, Reliance said 53% of the money was raised from Asia, 14% from Europe and 33% in the United States.

In terms of investor profile, 69% went to fund managers, 24% to insurance companies, 5% to banks and 2% to public institutions.

“This transaction is significant on various counts – (it is) the largest-ever foreign currency bond issuance from India, tightest ever implied credit spread over the respective US Treasury across each of the 3 tranches by an Indian Corporate, lowest coupon achieved for benchmark 30-year and 40-year issuances by a private sector BBB corporate from Asia ex-Japan, and first-ever 40-year tranche by a BBB private sector corporate from Asia ex-Japan,” the statement said.

Its existing cash, along with expected cash flows from operations, will be sufficient to cover its cash outflows for capital spending and debt maturities in the next 18 months, Moody’s Investors Service had said earlier this week.

In November 2021, it received around ₹26,600 crore in proceeds from the final call on its rights issue, which further enhanced its liquidity.

Reliance said interest on the Notes will be payable semi-annually in arrears, and the Notes shall rank pari passu with all other unsecured and unsubordinated obligations of the firm. The bond proceeds will be primarily used for refinancing existing borrowings.

Srikanth Venkatachari, Joint Chief Financial Officer of RIL, commented, “We are extremely pleased with the strong outcome on our multi-tranche long-dated USD bond issuance, having issued not only the largest debt capital market transaction at $4 billion but also the tightest credit spreads across each of the long-dated tenors for any corporate in India”.

“The support received from the marquee international capital market investors is reflective of the strength of our underlying businesses with established growth platforms across energy, consumer and technology as well as the robustness of our balance sheet. This issue continues the tradition of Reliance being a sophisticated and innovative issuer across the capital structure.” BofA Securities, Citigroup, and HSBC acted as Joint Global Coordinators.