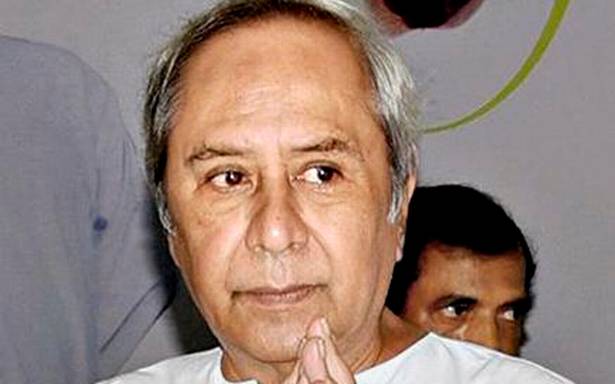 Close on the heels of reports of the Mahatma Gandhi National Rural Employment Guarantee Scheme (MGNREGS) running out of funds halfway through the financial year, Odisha Chief Minister Naveen Patnaik on Monday demanded that the Centre release the outstanding of ₹1,088.72 crore.

Mr. Patnaik also demanded enhancement of the labour budget of Odisha under the MGNREGS to 25 crore person days for the year 2021-22.

He shot off a letter to Prime Minister Narendra Modi drawing his attention to pending liabilities of ₹1,088.72 crore (₹377.91 crore as wage component and ₹710.8I crore as material component) under the MGNREGS for Odisha.

“Timely payment of wages to poor jobseekers is the fundamental guarantee under the MGNREG Act. Similarly, timely release of payment for material is critical for creation of tangible and durable assets under the MGNREGS,” Mr. Patnaik mentioned in the letter.

The Chief Minister sought the Prime Minister’s direction to the Ministry of Rural Development for timely release of funds.

Mr. Patnaik pointed out that significant number of returnee migrants stayed back due to the reduced level of economic activities during the pandemic.

Recently, activists of the Odisha Khadya Adhikar Abhijan and the Odisha Shramajeebee Manch said the Government must focus on providing jobs to job seekers and ensure participation from minority categories.

“There is very high demand for work in the State which is not being met. Work was demanded by record 34.9 lakh households and only 29.2 lakh of families were provided work,” they pointed out

As per the analysis carried out by the groups, there is a high prevalence of rejected payments that are denying workers their wage.

“About 1.2% of transactions are rejected. Wages of ₹102 crore have been rejected in the last five fiscal whereas pending wages were still to be credited into workers’ accounts,” said the activists.