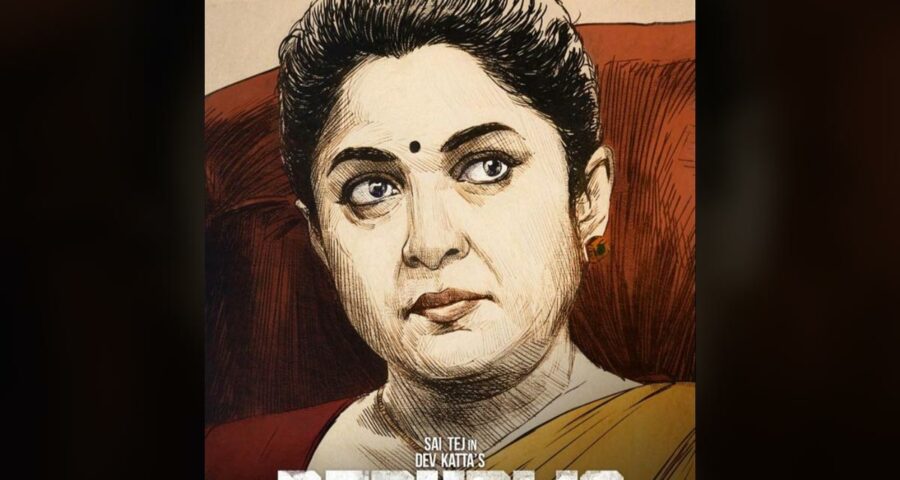 After winning the hearts of the movie lovers in the role of Shivagmi in Baahubali series, now once again Ramya Krishna is planning to entertain her fans with another avatar in an upcoming socio political drama titled Republic, which is being helmed by Prasthanam fame Deva Katta.  The makers have recently wrapped up the shoot of Republic and currently it is in the post production stage. The film Republic has Sai Dharam Tej in the lead role. Yesterday the makers of Republic released the first look poster of Ramya Krishna who is playing the role of Vishaka Rani in this film.

According to the latest report, Ramya Krishnan is playing the role of a politician in Republic and her character has negative shades.  Coming on the first look poster, it  showcases the art sketch of  Ramya Krishna in an intense mood.

Sai Dharam Tej is essaying the role of an IAS officer and Aishwarya Rajesh is playing the  female lead in Republic, which is jointly bankrolled by Pulla Rao and J Bhagawan  whereas it has the music by Mani Sharma.