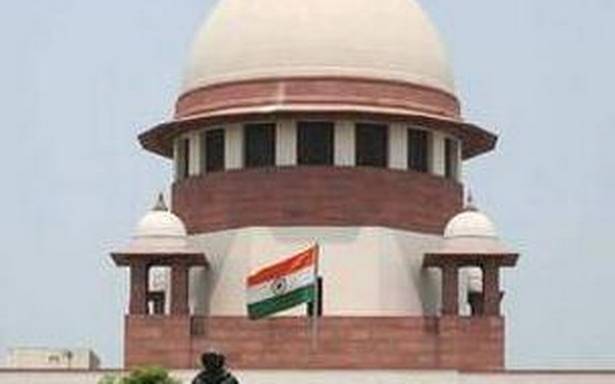 It does not meet the requirements to be called as such, says Ramasamy

Senior academic and former Vice-Chancellor of Alagappa Univeristy A. Ramasamy has moved the Supreme Court, saying the Ram Setu or Adam’s Bridge does not meet the requirements of an “ancient monument” under the law, and the top court has no power to declare it a “national monument”.

Ram Setu is a chain of limestone shoals between the coasts of India and Sri Lanka.

According to the epic Ramayana, the bridge was built by the ‘Vanara army’ to rescue Sita, who was kidnapped by Ravana.

Dr. A. Ramasamy, president of the Dravidian Historical Research Centre, quoted a 130-year-old German study, which had concluded that the “Adam’s Bridge is not man-made”. “Dr. Johnnes Walther, a professor of Jena University in Germany, undertook the research on the Adam’s Bridge in 1891,” Dr. Ramasamy, represented by advocates M. Munusamy and A. Lakshminarayanan, said.

He vouched for the veracity of the study, saying at that time, there was “no compulsion or political pressure” concerning the bridge. The German study described the narrative of Ramayana as a “pious fairy tale”. He argued that several eminent persons have categorically stated that “Ramayana is a myth”. “National poet Bharati has also declared that there is no truth in the Ramayana story,” the application said.

The academic approached the Supreme Court to implead himself in a petition filed by BJP leader Subramanian Swamy for a direction to the Centre to declare Ram Setu a national heritage monument. In his application, Mr. Ramasamy highlighted that the Ancient Monuments and Archaeological Sites and Remains Act of 1958 defines an ancient monument as “any structure, erection or monument or any tumulus or place of interment or any cave, rock sculpture, inscription or monolith of historical, archaeological or artistic interest.” Again, the structure should have been in existence for not less than a century.

“Only a permanent structure could be declared an ancient monument. Adam’s Bridge is not a permanent structure…sand dunes are formed due to the streaming relationship of the Indian Ocean and the influence of the monsoon on the superficial sediments of the sea, plus negative beach pushing. The whole phenomenon depends on change in sea level … In short, Adam’s Bridge is a constantly changing structure which is repeatedly constructed and destroyed by natural process. Sand dunes appear and disappear like bubbles… It would not [be] possible to declare the bubbles a national monument,” he argued, relying on the 1891 study.

As for antiquity, Mr. Ramasamy said “the life of the sand dunes called Ram Sethu is very short”.

“New sand dunes emerge in new places and in new shapes after the disappearance of the old sand dunes… so they are not 100 years old,” he said.

The application also said the apex court had no power to declare Ram Sethu a “national monument”.