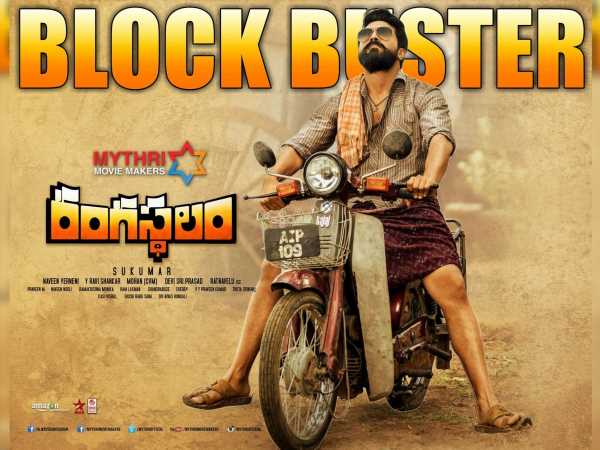 Mega Power Star Ram Charan and Samantha Akkineni starrer village based drama ‘Rangasthalam’ clocked three year today and fans have been celebrating by sharing their highlights of the film on social media. In fact, #3YrsForRANGASTHALAMResound  has also been trending on Twitter all day long. One of the fan wrote on Twitter,” It’s Been 3 Years Since We Heard The Resound Of Chitti Babu . Broke Each & Every Existing Record And Established New Records On His NameChitti Babu Will Forever Be Remembered By Telugu Audience #3YrsForRANGASTHALAMResound.” Another fan tweeted, “The Film Which Raised The Standards Of Telugu Cinema. A Film that proved the true potentiality of Mega Power Star#3YrsForRANGASTHALAMResound.”

A twitter user named Rocky said, “Here’s The Design To Celebrating 3 Years Ago We Have Witnessed Still that Sheer Brilliance of CHITTIBABU is Fresh & the Emotions of Rangasthalam is Undying#3YrsForRANGASTHALAMResound.”

On the otherside, currently Ram Charan is working for RRR whereas Sukumar is busy in his magnum opus Pushpa starring Allu Arjun.