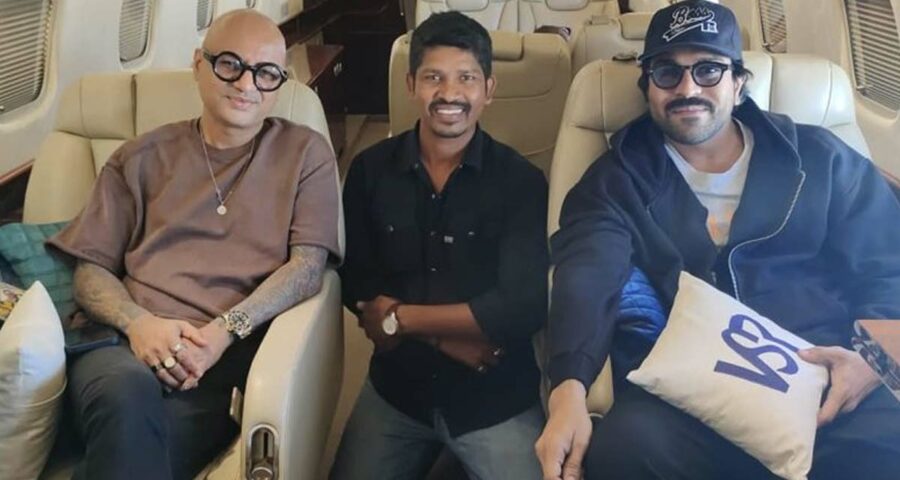 In order to accomplish the shoot of his forthcoming film ‘RC 15’, Mega Power Star Ram Charan reached his destination in Rajahmundry yesterday. Hundreds of his fans have jostled around him just at the moment he entered the city. They received him with an enthusiastic welcome too. When he was on the way of a hotel, the fans surrounded on his either sides and felt gleeful to meet him.

RC 15 is a political drama, helmed by Shankar, and the story was penned by Karthik Subbaraj. The writer of the film said that he had formed this political plotline several years ago. Long ago, he felt that it would be better if Shankar sir tackles the direction responsibilities. As soon as the writer approached the director Shankar with the story, Shankar was impressed by it and agreed on the spot.

The makers revealed the character artists for this film. Anjali, Jayaram, Kiara Advani, Naveen Chandra, Srikanth and Sunil are some of them.

For the time being, Ram Charan is awaiting his gigantic drama RRR release, which was slated to hit the screens on March 25. This multistarrer is coming to hold the people’s attention worldwide in Telugu, Hindi, Kannada, Malayalam and Tamil.