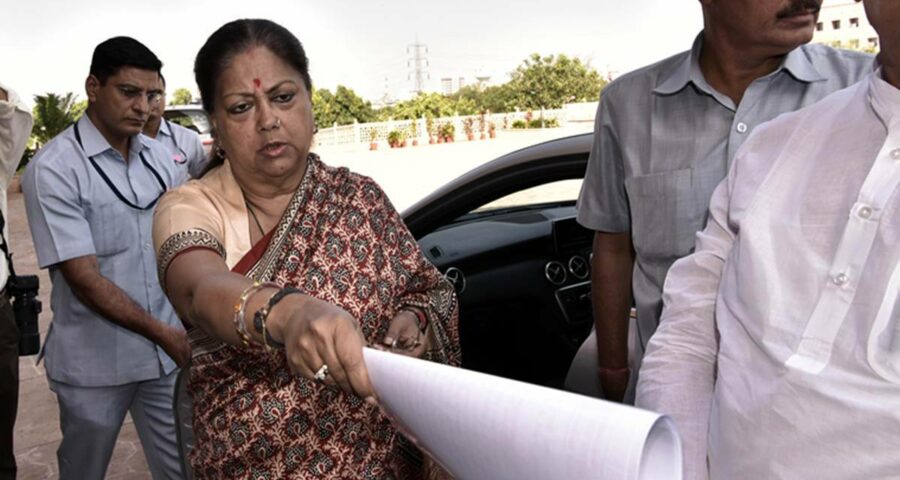 On Sunday and Monday, Raje visited nearly a dozen temples, mainly in Bharatpur and in adjacent Mathura in Uttar Pradesh. Over two days, she visited Poonchhari Ka Lautha in Bharatpur and worshipped Lautha Baba. 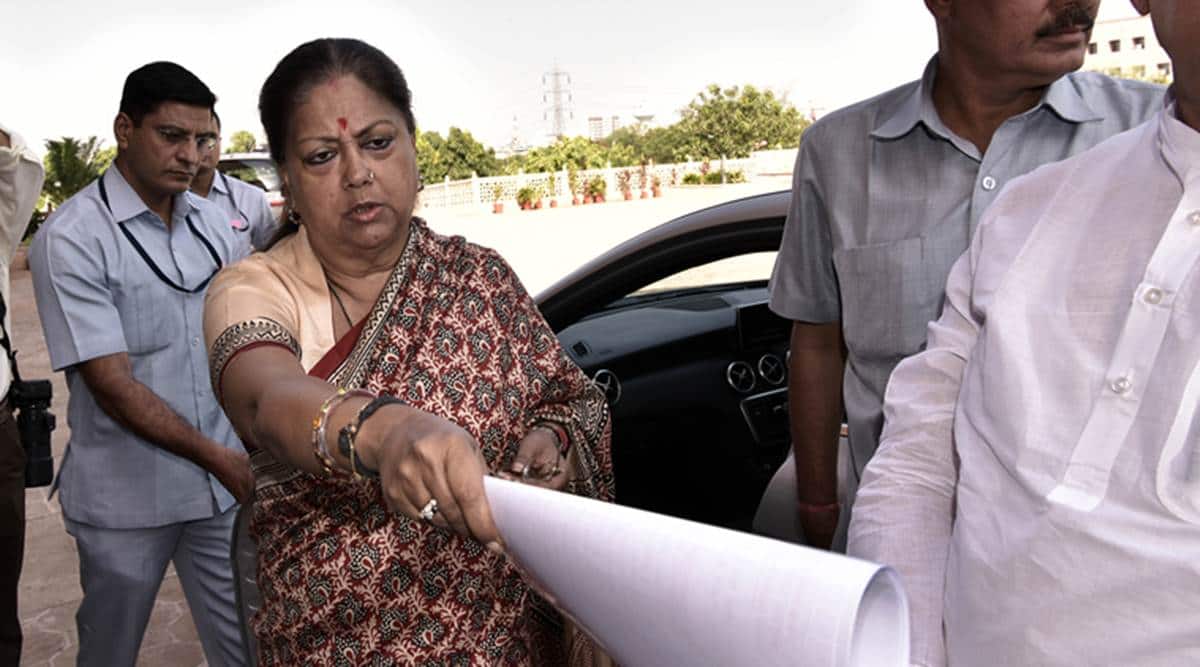 To assert her position in the state leadership and align with the wider ideology of the Bharatiya Janata Party (BJP), former Chief Minister Vasundhara Raje has been on a two day temple run coinciding and culminating with her birthday on Monday.

On Sunday and Monday, Raje visited nearly a dozen temples, mainly in Bharatpur and in adjacent Mathura in Uttar Pradesh. Over two days, she visited Poonchhari Ka Lautha in Bharatpur and worshipped Lautha Baba. She also visited Laxman Temple in Deeg, and across the border, she visited the Daan Ghati temple in Mathura, as well as Giriraj temple in Jatipura, and offered her prayers.

On Monday she began her birthday with a mangla aarti at Aadi Badri Nath temple in Bharatpur and also climbed 350 stairs at Kedarnath Temple in Kaman, Bharatpur, part of the Braj Chaurasi Kos Yatra.

Her yatra is being seen as a show of strength: At her public programmes and along the route of the yatra, as many as 9 MPs, 31 incumbent MLAs, 97 former MLAs, 26 former BJP candidates for 2018 Assembly elections, 42 former district presidents, 11 former MPs, and 18 leaders, who were given political appointments by her, were throwing their weight behind her.

As some BJP leaders are recasting their image as hardliners – Madhya Pradesh CM Shivraj Singh Chouhan being a case in point – Raje, seen as one of the last few liberals within the party, faces a daunting task to reconcile with party’s central leadership – which has attempted to undermine her position in the state unit time and again – and this includes an ideological shift.

Part of that attempt at reconciliation is to undo the remaining bits of that image. On Monday, Raje said “this programme doesn’t have rajneeti (politics), but dharm-neeti (religion), the path which I have been on since the beginning…because my mother taught me to be on this path. Inspired by her, I tried to make Rajasthan a religious state.”

At Poonchhari Ka Lautha on Sunday, she pointed out that her mother had “lit a lamp and made the lotus blossom.” Raje’s mother Vijaya Raje Scindia was associated with Jana Sangh – which had a lamp as its symbol – and went on to become one of the founding members of the BJP which has a lotus as its symbol.

Raje said that her mother had “BJP and nationalism running through her veins and I am her daughter.” She also said that it was a “happy coincidence that the holy stones from the area of Krishna’s birthplace are being utilised to build a beautiful Ram Mandir at Ram Janmabhoomi.”

The former CM said that she has a special devotion towards the land and hence her government had ensured developmental works to the tune of Rs 200 crores for Brij Chaurasi Kosi and Sapt Kosi Parikrama. On Monday, she said that her government had helped establish “religious tourism” in the state, “by developing 125 temples with around Rs 550 crores and establishing a panorama of about 40 gods, goddesses and great men with Rs 110 crores.”

“But today, people sitting in the government don’t follow dharm-neeti, but rajneeti, and indulge in politics when it comes to development. The government is caught up in its own politics, and hence Rajasthan’s development has stopped,” she said.

With the temple run, Raje also hopes to appease the Rashtriya Swayamsewak Sangh (RSS); in her previous tenure, her government was on a warpath with the RSS over demolition of several big and small temples in Jaipur, under the district administration’s drive against illegal structures – in line with Supreme Court orders – followed by demolition and relocation of a handful of old temples in the Walled City to make way for Jaipur Metro.


While RSS had called for a chakka jam against the demolitions, Vishwa Hindu Parishad leaders had called her “a pseudo secular.”