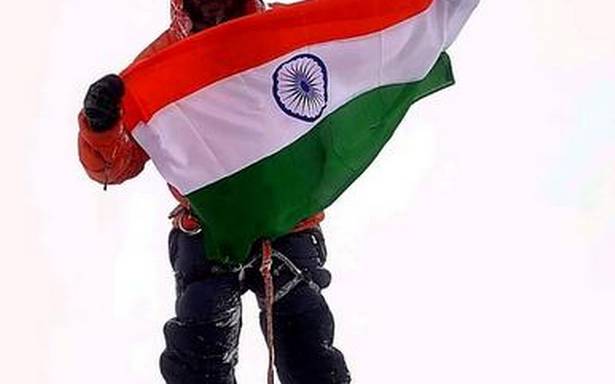 Thirty-three-year-old Achanta Umesh from the city has scaled Mount Elbrus, the highest peak in Europe, on August 15.

Mr. Umesh told reporters here on Saturday that he had waved the national flag on the mountain as a mark of achievement by an Indian mountaineer. The height of Mount Elbrus in Russia is 5,642 metres.

“The adventure of scaling Europe’s highest peak has been attempted to spread the message for those battling with various cancers. I dedicate my adventure to them and want them to be brave and fight the malady. I cherish to be part of creating awareness on the early detection of cancer,” he said.

Mr. Umesh was guided by Chatur Tamang and groomed in mountaineering by coach Sekhar Babu, an Arjuna awardee.

In March, Mr. Umesh scaled the Uhuru peak, the highest point of Mt. Kilimanjaro in the African continent.