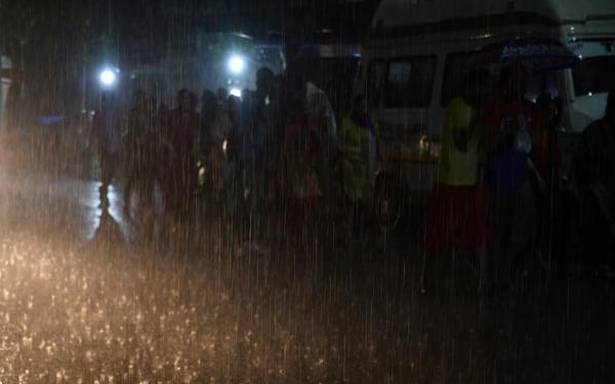 Normally, Delhi records 653.6 mm of rainfall during the monsoon season. The rainfall this season was 80 % above normal

One of the most-delayed and erratic monsoons in Delhi yielded 1,169.7 mm of rainfall, the third-highest since data has been maintained by the India Meteorological Department (IMD).

Normally, Delhi records 653.6 mm of rainfall during the monsoon season. The rainfall this season was 80 % above normal.

This was the third time in the last two decades that the monsoon rainfall in Delhi breached the 1,000 mm mark.

September, in particular, was bountiful this season.

The capital gauged 413.3mm of rainfall in the month, the highest after 417.3 mm precipitation recorded in September 1944 and the second-highest in 121 years.

The September rainfall this year has been in marked contrast to last year, when the city got a meagre 20.9 mm precipitation in the month against a normal of 129.8 mm.

Despite the monsoon arriving in Delhi only on July 13, making it the most-delayed in 19 years, the capital recorded 16 rainy days in the month, the maximum in the last four years.

The string of rainy days brought 507.1 mm rainfall to the city, which was nearly 141% above the long-period average of 210.6 mm. It was also the maximum rainfall in the month since July 2003, and the second highest ever.

The city recorded just 10 rainy days in August, the lowest in seven years, and a cumulative rainfall of 214.5 mm, lower than the average of 247 mm.

Experts say the increase in the number of heavy rain events in many parts of the country is directly linked to climate change.

The capital has been logging a new weather record every month since August last year.