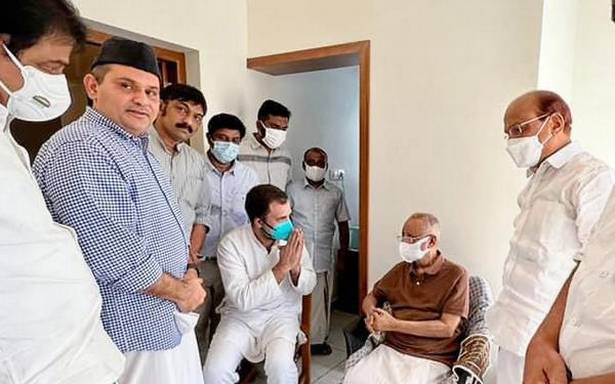 Mr. Thangal has been undergoing treatment for long, and has not been active in the public sphere. Mr. Gandhi spent about half an hour with Mr. Thangal and wished him a speedy recovery.