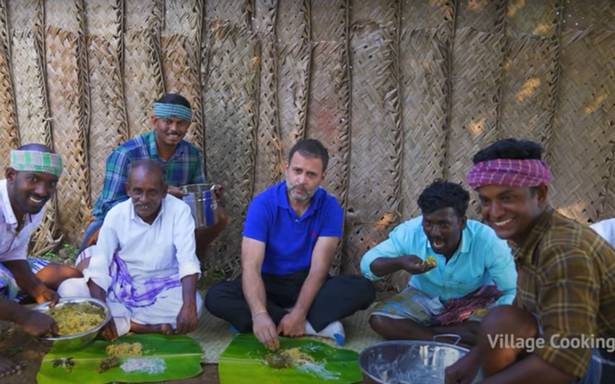 Chefs of the Village Cooking Channel (VCC), a hugely popular YouTube venture run by a group of farmers from Chinna Veeramangalam in Pudukottai district, were in for a surprise when they were invited to share a cookout session with Congress leader Rahul Gandhi during his recent election campaign visit to Karur district.

“We were very excited to know that Mr. Rahul Gandhi was interested in meeting us; he had even watched some of our videos,” said V. Subramanian, who runs VCC along with his cousins V. Murugesan, V. Ayyanar, G. Tamilselvan and T. Muthumanickam, led by their grandfather and former mass caterer M. Periyathambi.

The VCC team arrived in Karur a day before to shoot their episode (as is the norm in their videos) in the verdant surroundings of a moringa plantation near Aravakurichi.

“The original plan was for Rahul anna [elder brother] to join us from the beginning to cook mushroom biryani, but he got delayed due to his hectic schedule. However, he did join us to make raita. It was heart-warming to see how easily Rahul anna mingled with us,” Mr. Subramanian told The Hindu.

In the video, presented in the usual boisterous style with the chefs announcing the ingredients as they added them into the pot, Mr. Gandhi is seen following suit and expanding his Tamil vocabulary by adding vengayam (onion), thayir (yoghurt) and kallu uppu (rock salt) to a vessel. “I like to cook too,” he tells the chefs, joshing them as they posed for photos.

Mr. Gandhi was accompanied by S. Jothimani, Congress MP from Karur, who also helped with the translation.

“I was inspired by the stories of the people behind Village Cooking Channel, and was happy to see how they are helping others with the income from their online venture. Mr. Rahul Gandhi was already familiar with their work on YouTube, so it was a nice way for us to meet up,” said Ms. Jothimani.

The Gandhi scion spent over an hour-and-a-half with the VCC team and sampled the biryani with raita at the end, while seated on palm frond mats on the field. Offering to rope in Chicago-based Sam Pitroda (who was an advisor to former Prime Ministers Rajiv Gandhi and Manmohan Singh) to help VCC stage their show in the United States, he also suggested that the group travel more within the country.

As is the channel’s practice, the dish of the day was served to residents of an old age home near Karur at the end of the cookout session. 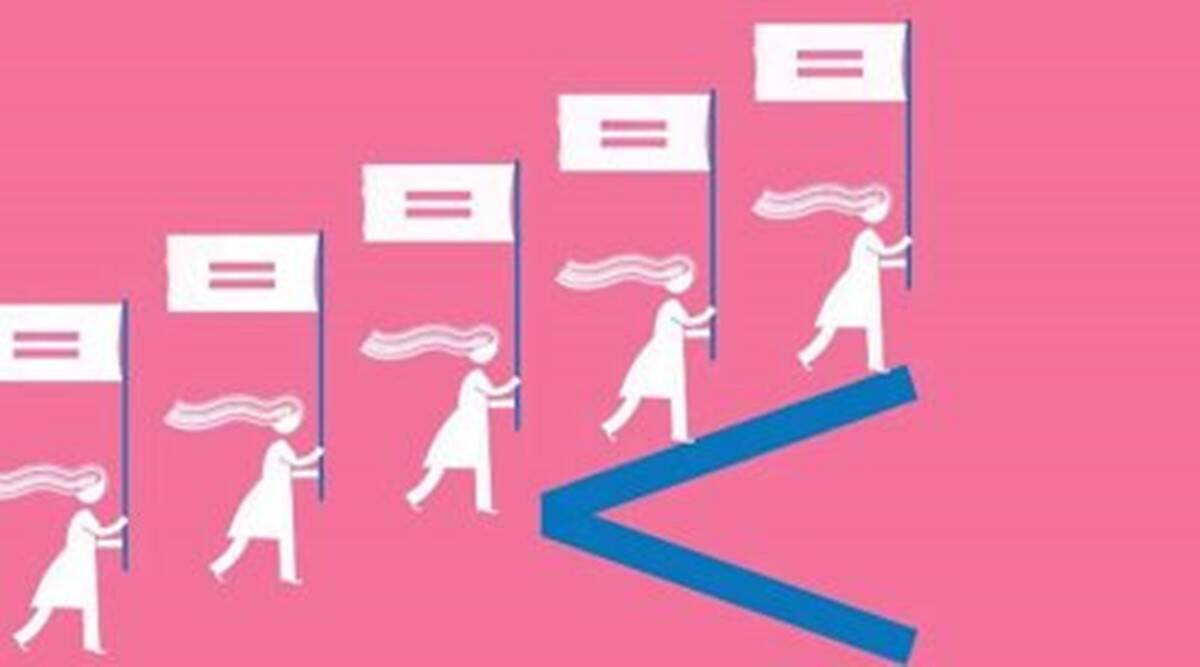