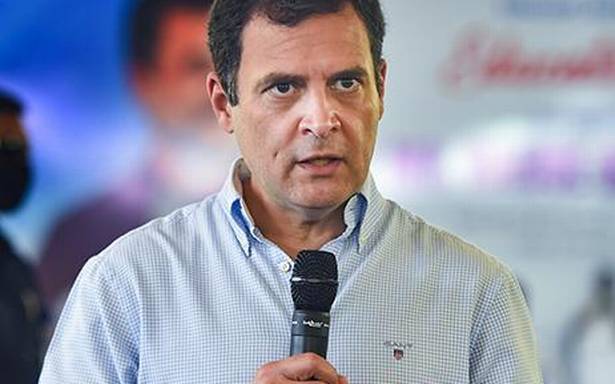 The Congress leader cites thinktank report that downgraded India to an ‘elected autocracy’.

Former Congress president Rahul Gandhi on Thursday tweeted a news report on the findings of a Swedish institute that claimed that India had turned into an “elected autocracy” to question the country’s status as a democratic country.

“India is no longer a democratic country,” Mr. Gandhi tweeted, tagging a news report about the Swedish institute’s latest finding.

On Wednesday, Sweden-based V-Dem [Varieties of Democracy] Institute released a report that downgraded India as a democracy and placed it below neighbours such as Bangladesh and Nepal.

Muzzling of media and frequent use of sedition clauses and defamation cases were cited to explain why India was being categorised as an ‘elected autocracy’.

The report pointed out that the global decline of liberal democracies was ‘steep’ in the past 10 years in the Asia-Pacific region, Central Asia, Eastern Europe and Latin America.

Apart from India, countries like Brazil and Turkey figured among the top 10 country’s that slipped in rankings that were part of the G-20 nations.