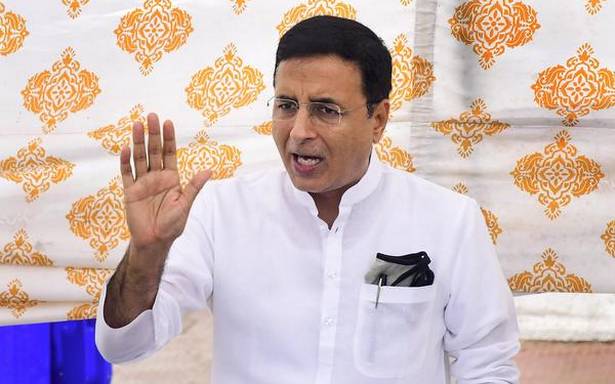 The Congress on Monday asked for a thorough inquiry into the Rafale fighter aircraft deal after a French media portal reported that the aircraft manufacturers, Dassault Aviation, had paid €1.1 million to a middleman and demanded answers from Prime Minister Narendra Modi on the latest ‘revelations’.

At a press conference, Congress general secretary and chief spokesperson Randeep Surjewala claimed that the report by the French news portal, Mediapart, has vindicated former party chief Rahul Gandhi’s allegations of corruption in the deal.

In the run up to the 2019 Lok Sabha elections, Mr. Gandhi had alleged corruption in the Rafale fighter aircraft his main poll plank.

“Does it now not require a full and independent investigation into India’s biggest defence deal to find out how much bribery and commission in reality, if any, was paid and to whom in the Indian government? Will Prime Minister Narendra Modi answer to the nation now?” asked Mr. Surjewala.

Quoting the French portal report, the Congress spokesperson said an investigation conducted by the French Anti-Corruption Agency (AFA) has revealed that after signing of the deal in 2016, Dassault had allegedly paid €1.1 million to a middleman — Defsys Solutions — an Indian company.

The amount was shown as expenditure by Dassault as “gifts to clients” and at another place, quoted as the price to make model Rafale planes.

“How can middleman and payment of commission be permitted in a “government-to-government Defence Contract” or in any defence procurement in violation of the mandatory Defence Procurement Procedure [DPP],” asked Mr. Surjewala.

He said the DPP and the “Integrity Clause” in the government’s policy regarding defence purchases explicitly bars commission for middleman or any such payments that can be construed as bribe.

“Has it not vitiated the Rafale deal entailing imposition of heavy financial penalties on Dassault, banning of the company, registration of an FIR and other penal consequences,” he said.