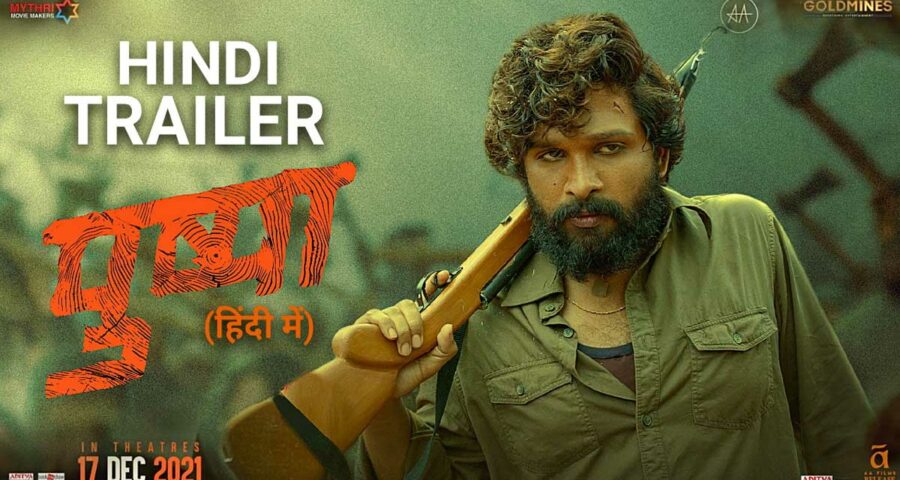 The trailer of  Pushpa: The Rise is going viral on the social media. The Hindi movie lovers are eagerly waiting for the trailer of its Hindi version. The delay in the release of the trailer angered a few movie lovers  but after seeing Allu Arjun in a mass and rustic avatar, everyone is happy in the south.

An event was also planned in Mumbai for the trailer release of Allu Arjun and Rashmika Mandanna starrer but that did not happen. Now there is a good news for Hindi movie lovers and the trailer of Hindi version of Pushpa will be release today at 2:30 pm.

The  trailer promises a stunning visual experience for the viewers. It  shows the natives of the forests and the greedy men with powers that can bend the system to their will. Allu Arjun’s character Pushpa Raj, who is also a woodcutter, was seen fighting through all the rivals.  The movie lovers also get a glimpse of antagonist Fahadh Faasil, who is making his Telugu debut with the film.

Pushpa:  The Rise, which is helmed by Sukumar, also has Sunil,  Vennela Kishore, Anasuya, Prakash Raj, Deepak Shetty, and Anish Kuruvilla in supporting roles.  The much awaited Pan Indian film will arrive at the theaters on 17th December 2021.