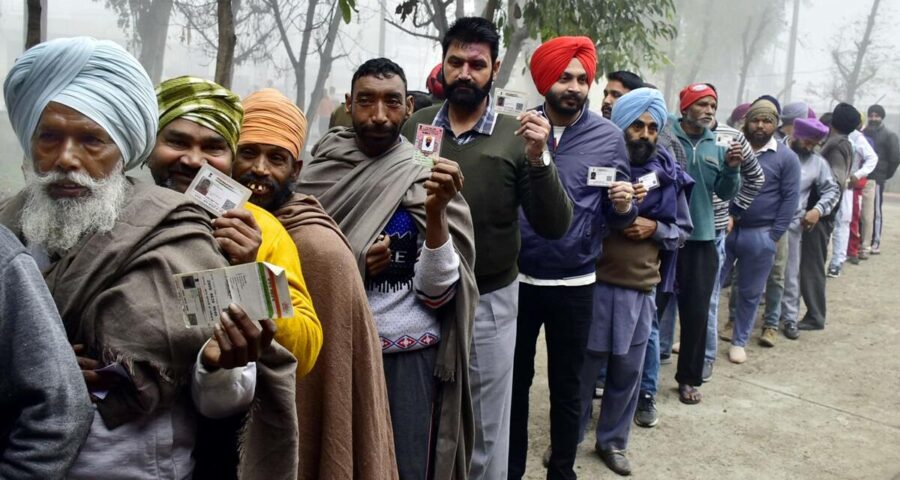 Punjab Municipal Corporation Election Results 2021 Live Updates: The outcome of the elections will be significant as it comes amid farmers' protests and during the last year of Chief Minister Amarinder Singh's government. 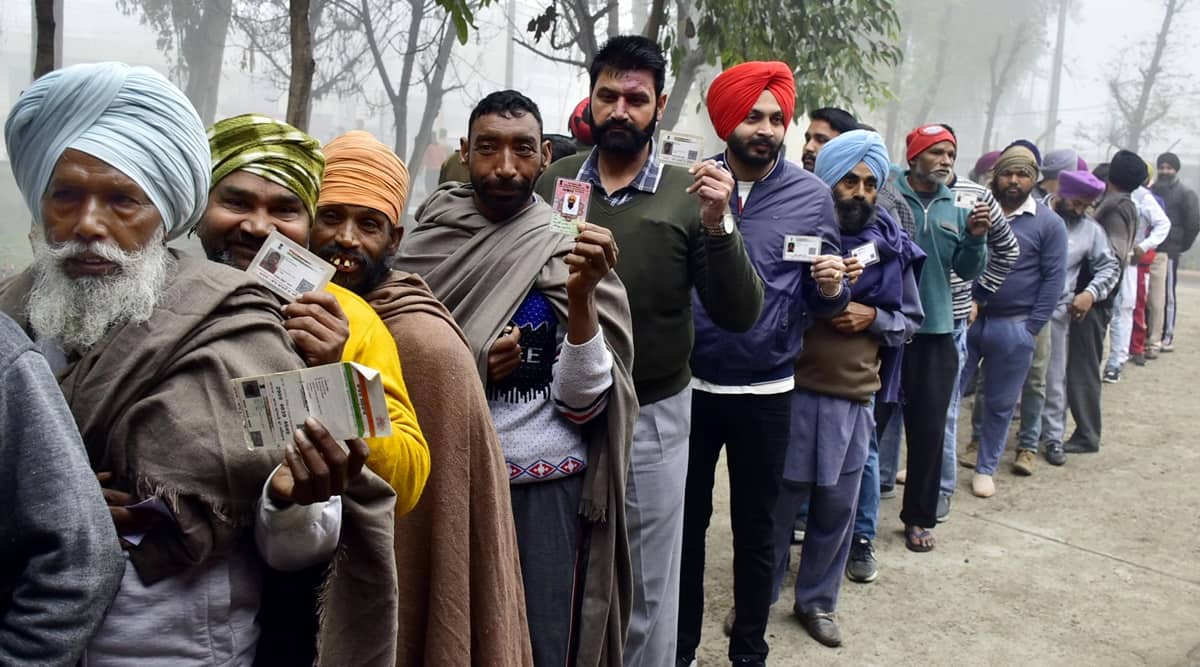 Punjab Municipal Election Results 2021 Live Updates: The results of the Punjab local body elections will be declared Wednesday, three days after polls were held to over 100 civic bodies in the state. Counting of votes began at 9 am this morning amid tight security. Elections were held last Sunday to 2,302 wards in 117 civic bodies, including eight municipal corporations and 109 municipal councils. A total of 9,222 candidates contested the polls.

The outcome of the elections will be significant as it comes amid farmers’ protests and during the last year of Chief Minister Amarinder Singh’s government. This is the first time the MC elections, which were postponed from last year due to the Covid-19 pandemic, have been held during the Assembly election year, putting additional pressure of political parties to make a mark. Over 70 per cent of the electorate turned up to vote on February 14. (The Indian Express analyses how Punjab voted)

For the ruling Congress, the elections are being seen as a battle of prestige. Meanwhile, the BJP and Shiromani Akali Dal (SAD) face the challenge of contesting independently after two decades of alliance. The AAP, which is contesting the municipal polls in the state for the first time, is looking for a resurrection.

The State Election Commission on Tuesday ordered re-polling in two booths of the SAS Nagar municipal corporation after reports of irregularities during voting; the results will be declared on Thursday. The order came a day after repolling was conducted in three booths of the Patran and Samana municipal councils in Patiala after miscreants damaged electronic voting machines.

Punjab Municipal Election Results 2021 Live Updates: Results of polls to 2,302 wards in 117 civic bodies to be announced today; 9,222 Congress, BJP, SAD, AAP and Independent candidates in the fray; repolling underway in two booths of the SAS Nagar MC in Mohali; results come amid farmers’ protests and in the last year of Amarinder Singh government. Follow latest news and updates below:

After a neck-and-neck fight in Kharar, Congress wins 8 seats, while SAD bags 7 and Independents win 6. (Input from Jagdeep Singh)

With just a year to go for the Assembly elections in Punjab, the AAP is hoping to make a mark in these local body polls, which is contested for the first time. The party is trying to present itself as an alternative to the SAD-BJP and Congress regimes. Ahead of the results, Harpal Cheema, Leader of Opposition, had said: “We have contested the municipal elections for the first time in the state. We are hopeful that the people will teach the ruling party, the SAD and BJP a lesson. Despite the excesses of the government, we will do well.”

In Bathinda, Congress wins 43 seats while SAD gets 7. This is the first time in 53 years the party has won the polls in Bathinda

In early February, Shiromani Akali Dal chief Sukhbir Badal’s car was damaged and four persons injured during a clash between Congress and SAD workers in the Jalalabad Assembly constituency. Earlier that day, Badal had filed nomination forms of the party candidates for the municipal polls.

Today, the Congress has won 11/17 seats, while SAD has bagged 5 and AAP 2. (Input from Raakhi Jagga)

There are 9,222 candidate contesting the Punjab municipal elections, of which 2,832 are Independents. The ruling Congress fielded 2,037 candidates, while there are 1,569 from Shiromani Akali Dal. The BJP, AAP and the BSP had fielded 1,003, 1,606 and 160 candidates, respectively.

Repolling is being conducted in two booths of the SAS Nagar municipal corporation in Mohali after reports of irregularities during voting.

The Congress has won 49/50 seats in the Abohar MC, while the SAD has bagged one seat

The Punjab municipal elections were to be held in 2020, but were postponed due to the pandemic. It is the first time that the MC elections have been held in the same year as the Assembly elections. It is generally believed that most of the civic bodies go with the ruling party as people believe the government would pump in money if the local bodies are also ruled by them. But, considering this is the last year of the government, the outcome could be anything, writes Kanchan Vasdev.

The outcome of the elections are significant as it comes amid the farmers’ agitation and during the last year of Chief Minister Amarinder Singh’s government. The Congress government has supported the farmers’ protests to the hilt. Meanwhile, the BJP and Shiromani Akali Dal (SAD) contested the polls independently after two decades of alliance — SAD walked out of the NDA last year over the farm laws.

The counting of votes for elections to 117 urban local bodies (ULBs) is underway in Punjab. Counting began at 9 am, and the results are expected to be declared by this evening. A total of 9,222 candidates contested the polls on February 14, which saw over 70 per cent voter turnout. Stay tuned as we bring you live updates on the results! 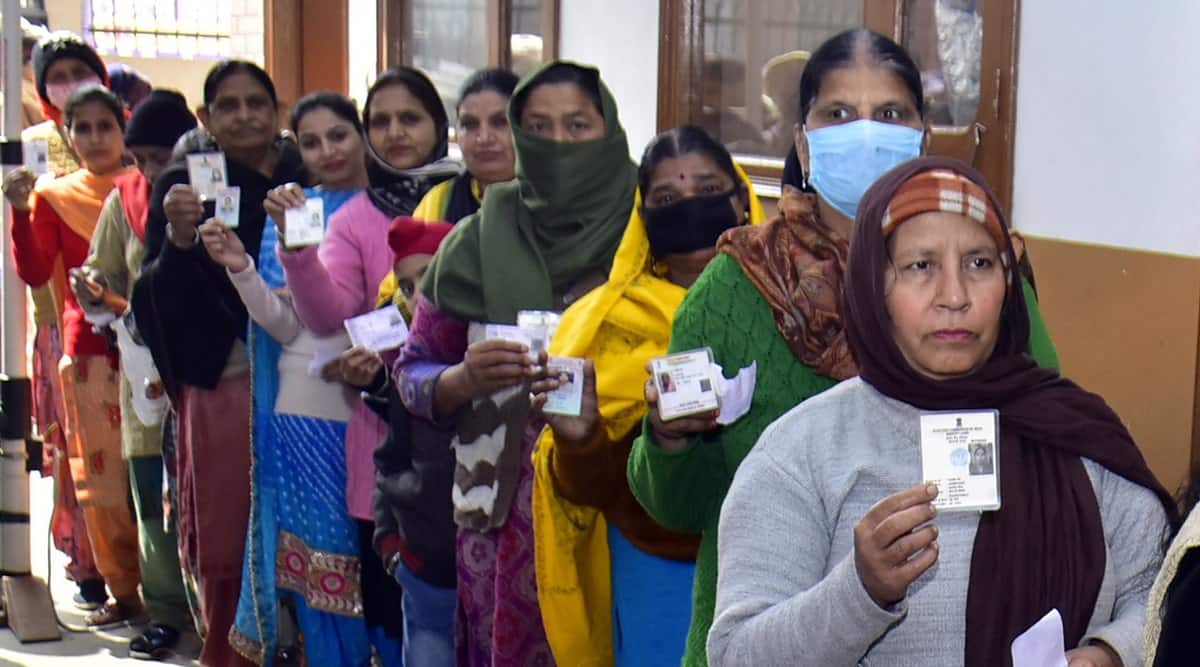 People in queue to cast their votes for the Punjab polls, in Amritsar on February 14, 2021. (Express Photo: Rana Simranjit Singh)

Mansa recorded the maximum turnout of 82.99 per cent, followed by Bathinda at 79 per cent, while Sangrur witnessed a turnout of 77.39 per cent. Mohali witnessed the lowest turnout at 60.08% per cent.

While the average voter turnout in Punjab’s 117 urban local bodies (ULBs) was 71.39 per cent, 22 Nagar Panchayats (NPs) in the state, which have a large rural base, recorded a turnout higher than the state’s average.

Protests against farm laws had started from Malwa with Mansa and Bathinda as the epicentres.