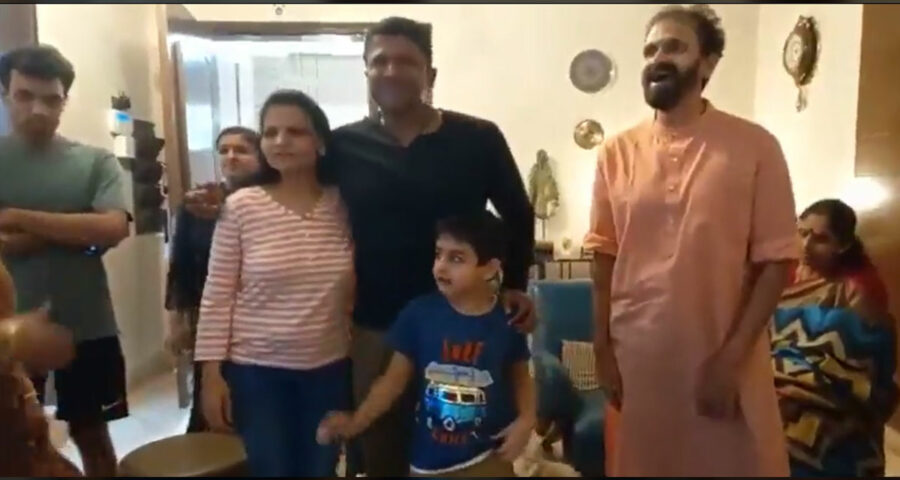 Fondly known as Appu and Powerstar, Puneeth Rajkumar passed away on Oct29th October. He suffered heart attack. Puneeth who was a popular name in Kannada film industry was cremated in full state honors in Bengaluru along with his parents’ memorial.   His fans are still in shock  because of  sudden demise of Sandalwood Power Star Puneeth Rajkumar.

Recently, Puneeth’s elder brother Raghavendra Rajkumar took to Twitter and shared one of the final videos of his late brother.  He captioned it, “One of the last videos of Appu and me singing together. Unforgettable memories. Love you magane.”

Coming on the video, Puneeth  Rajkumar is seen celebrating a little boy’s birthday with his family members and friends.  The last video of Puneeth Rajkumar  going viral on social media.

One of the fan named Sanjay said: 25 lac Visitors Speaks how much his fans loved him battering heat & rains. He lived his life & what a legacy to leave behind at such a young age. Another fan Ravi Sagar said: I haven’t come in terms to accept that Appu isn’t alive. I wish that it’s a bad dream and I need to wake up.

The reports are coming that Puneeth Rajkumar’memorial is being visited by 30,000 fans on an average per day ever since he was laid to rest on 31st October.