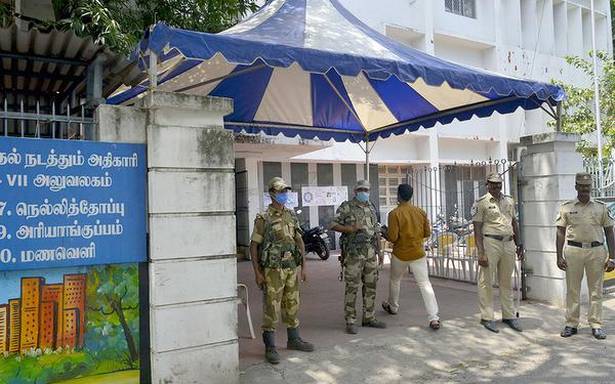 Key dates notified for Puducherry election; counting of votes on May 2

The window for filing nominations for the upcoming election for the Puducherry Assembly opened on Friday with a formal notification for the poll on April 6. Chief Secretary Ashwani Kumar issued a gazette notification in this regard.

However, no candidates filed their nominations on the first day. The last date for filing nominations is March 19, scrutiny of nominations will take place on March 20, and the deadline for withdrawal of candidature expires on March 22.

There is a month-long gap between the single-phase polling to all 30 constituencies in the Union Territory and the counting of votes that is scheduled on May 2.

According to the notification, the entire election process will have to be completed by May 4.

According to the last count, there were 10,02,414 electors in the Union Territory. However, continuous updation of the electoral rolls is in progress, and it will continue till 10 days before the last date for filing nominations.

The Election Commission of India “fixes the hours from 7 a.m. to 7 p.m. as the hours during which the poll shall, if necessary, be taken,” the notification said.

In view of the COVID-19 pandemic, several measures are in place for the conduct of the election, such as more polling booths, hand gloves for voters to sign on the register and pressing the EVM button, and three queues for men, women and senior citizens and persons with disabilities. The elector strength has been restricted to 1,000 voters per booth. Accordingly, 607 new booths have been set up, taking the total from 952 to 1,559.

On the law and order front, additional forces of the Central Armed Police Forces (CAPF) are expected to be deployed shortly to strengthen the existing security. The Elections Department has identified 154 vulnerable hamlets, 233 vulnerable booths and 16 critical booths.