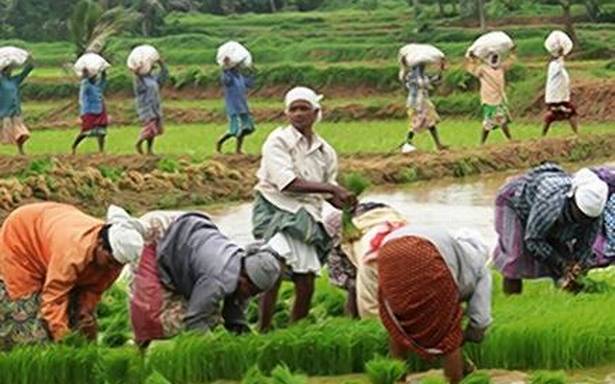 Govt. lists firms that will stay outside purview of divestment

Public sector firms engaged in activities allied to the farm sector, such as provision of seeds to farmers, or procurement and distribution of food for the public distribution system, will not be up for sale under the new disinvestment policy announced in the Budget.

While the policy has specified four strategic sectors where ‘bare minimum’ public sector presence will be retained as per Finance Minister Nirmala Sitharaman’s Budget speech, an annexure to the policy has listed out classes of public sector entities that will remain outside its ambit.

In a memo to all Ministries issued on Thursday by the Department of Investment and Public Asset Management (DIPAM) in the Finance Ministry, it has also been clarified that ongoing transactions for strategic disinvestment such as the sale of Air India, Pawan Hans and BPCL shall continue to be undertaken as per the existing procedure.

NITI Aayog will be in charge of recommending which public sector firms in strategic sectors should be retained, considered for privatisation or merger or ‘subsidiarisation’ with another public sector firm, or simply closed.

After a core group of secretaries on disinvestment considers the Aayog’s recommendations, a ministerial group including the Finance Minister, Road Transport and Highways Minister Nitin Gadkari and the Minister in charge of the administrative Ministry in charge of the public sector enterprise concerned will examine the proposals.

“DIPAM shall move proposal for obtaining ‘in-principle’ from the Cabinet Committee on Economic Affairs for strategic disinvestment of a specific PSE from time to time, on a case-to-case-basis. The timing for specific transactions will, however, be contingent on the considerations of appropriate sequencing, sectoral trends, administrative feasibility, investors’ interests, etc,” the policy memo explained.

Among other ventures, “central public sector enterprises concerned with assisting farmers in mainly getting access to seeds; promoting innovation in agriculture; or, procurement and distribution of food for Public Distribution System” are excluded from the policy.

Development financing or refinancing institutions and autonomous bodies, some of which may have been set up by Acts of Parliament, will not be part of the disinvestment policy. Firms manufacturing aids and appliances for the physically challenged, will also remain in the public sector.

Not-for-profit companies formed for different promotional purposes have also been excluded. The policy also won’t affect departments like Railways and Post that undertake commercial operations with a development mandate, major port trusts and the Airport Authority of India.