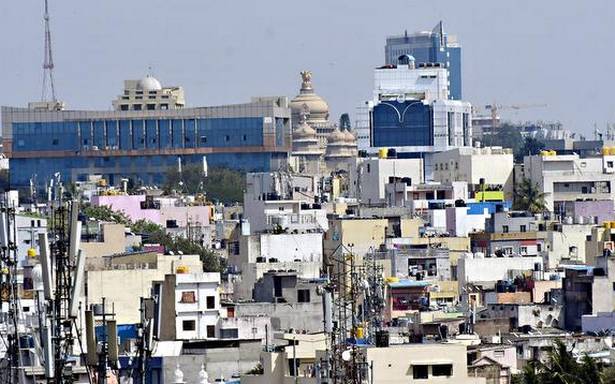 The Bruhat Bengaluru Mahanagara Palike (BBMP) is once again attempting to recover dues from the owners of over 100 commercial properties that had been undervalued.

The Total Station Survey (TSS) that was taken by the civic body of over 100 commercial properties in all zones in the city had revealed that the BBMP had lost more than ₹500 crore in property tax, including ₹116.93 crore in East zone alone.

The report was tabled in the BBMP council in August 2020, following which the civic body issued notices to the property owners. However, after receiving their replies, many cases were closed by the zonal joint commissioners.

But the Commissioner is in no mood to allow this. Civic chief N. Manjunath Prasad said the cases that were closed have all been reopened and fresh notices have been served to the property owners. “We are going to initiate stringent action to recover all dues from these commercial property owners who have undervalued their properties and declared less dues to the BBMP,” he said and added that the civic body would recover the dues along with interest.

The TSS report was tabled more than once before the previous elected body. Former Commissioner B.H. Anil Kumar had also constituted a committee to examine the TSS report, whether the demand notices raised for collection of dues had been issued properly and how much had been recovered.

Citizens can pay the tax they owe to the BBMP under the Self-Assessment Scheme (SAS). The BBMP has the powers to examine it, sources said and pointed out that the TSS found large-scale discrepancies between what was declared and paid as tax by the owners of over 100 commercial properties and the ground reality.

Property tax is one of the major revenue sources for the BBMP. For the 2021-22 fiscal, the target from the estimated 19 lakh property owners in the city has been brought down to ₹2,800 crore, even though the BBMP claims to have already collected nearly ₹3,000 crore this fiscal (2020-21).