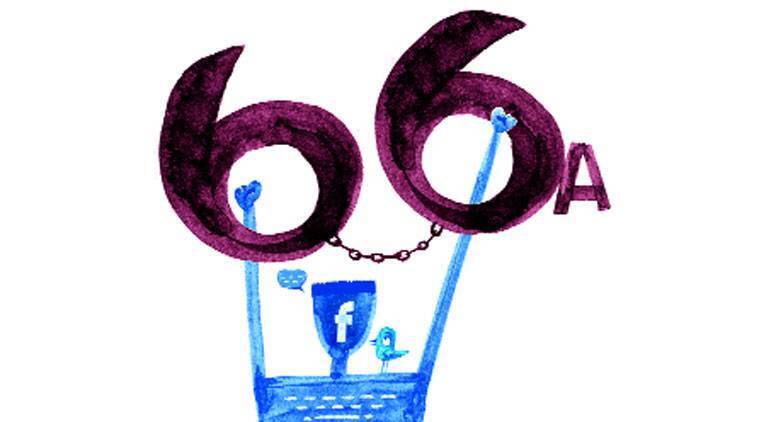 The Supreme Court had struck down Section 66A in 2015 after accepting the contention that the provision was “very widely drafted” and gave arbitrary powers to police officers to make arrests. A little over a week after the Supreme Court had termed the continued use of Section 66A of the Information Technology Act, 2000 as “a shocking state of affairs”, the Ministry of Home Affairs (MHA) on Wednesday asked states and Union Territories to direct all police stations under their jurisdiction not to register cases under the repealed section of the IT Act.

It has also advised that cases lodged in states and UTs under Section 66A should be immediately withdrawn.

Last week, the apex court had termed the continued use of Section 66A by law enforcement agencies of various states — despite the provision being struck down by the court in 2015 — as “a shocking state of affairs” and sought a response from the Centre.

Section 66A empowered police to make arrests over what policemen, in terms of their subjective discretion, could construe as “offensive” or “menacing” or for the purposes of causing annoyance, inconvenience, etc. It prescribed the punishment for sending messages through computer or any other communication device like a mobile phone or a tablet, and a conviction could fetch a maximum of three years in jail.

Attorney General K K Venugopal had told the bench that Section 66A still remains in the Act though it was struck down by the division bench. “When police has to register a case, the section is still there and there is only a footnote that the Supreme Court has struck it down,” he had said, adding, “there has to be a bracket in 66A with the words struck down.”

“You file a counter as it is a shocking state of affairs,” Justice Nariman had replied. The AG sought two weeks to file a reply and the request was granted by the court.

The apex court was hearing a plea filed by the NGO People’s Union for Civil Liberties (PUCL), which said that “in spite of the judgment, it became clear from the newspaper reports that the said provision continued to be invoked by the State’s investigative machinery as well as the judiciary, probably under the impression that Section 66A remained on the statute books”.

Referring to data collated by “independent researchers”, the plea said that “as on 10.03.2021, as many as a total of 745 cases are still pending and active before the Districts Courts in 11 States — Maharashtra leading the tally with 381 cases under 66A after it was struck down followed by UP with 245 such cases after the cut-off date — wherein accused persons are being prosecuted for offences under Section 66A of the IT Act” and that there could be many more such cases when data of more states is extracted.

The Supreme Court had struck down Section 66A in 2015 after accepting the contention that the provision was “very widely drafted” and gave arbitrary powers to police officers to make arrests.

Before the court order, there had been widespread concerns that issues, which can be construed to be “offensive” and liable for action under the provision, were loosely defined, leaving ground for misinterpretation and misuse of the law.

One of the earliest petitions challenging 66A had come after the arrest of two girls in Maharashtra by Thane Police in November 2012 over a Facebook post. The girls had made comments on the shutdown of Mumbai for the funeral of the then Shiv Sena chief Bal Thackeray.

Most cases of arrests under 66A that attracted criticism date back to 2012. Jadavpur University professor Ambikesh Mahapatra was arrested for forwarding caricatures on Trinamool Congress chief Mamata Banerjee on Facebook, activist Aseem Trivedi was held for drawing cartoons lampooning Parliament and the Constitution to depict their ineffectiveness, and an Air India employee was arrested for allegedly posting offensive comments against politicians on a Facebook group.

(With inputs from agencies)